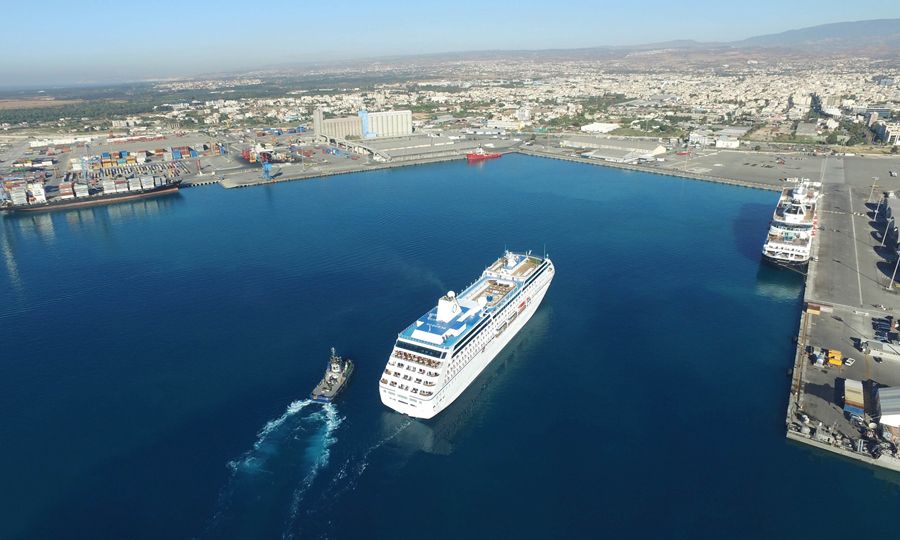 Transport Minister Yiannis Karousos has been promised a change of policy at DP World Limassol, with the company saying it would service more than two cruise ships in a given day following complaints.

According to local media, DP World said it would reconsider its two-ship-per-day policy based on capacity and conditions by agreeing to service more than two cruise ships in a given day at its terminal in Limassol.

According to daily Phileleftheros, the issue emerged after a complaint had been launched by Hull Blyth Araouzos Ltd, with the firm reporting its frustration to the ministry over a refusal by DP World to agree to service a cruise ship in November 2021. The minister, a former mayor of the resort town of Ayia Napa, reportedly sought a meeting with DP to iron out the details.

The cruise line company, which started off as a branch of London-based Hull Blyth in 1936 before falling into local hands in 1963, reportedly criticized a DP World policy of serving no more than two cruise liners on any single day.

DP World Limassol reportedly had refused other cruise ships in the past, citing the two-ship-per-day policy was in place to ensure high quality and a pleasant experience for travelers.

In a recent statement, DP World Limassol said the company had managed to bring in new cruises for 2019, citing a 40% increase from previous years.

“We are particularly excited for the number of cruise arrivals we had at the port in November, since it marked a great success, not only for DP World Limassol but for cruise tourism in general,” said Lazaros Charalambous, Commercial Manager of DP World Limassol.

Charalambous also said the numbers suggested that DP World was a step closer to making Limassol port “a major cruise hub in the Mediterranean.”

But the Cypriot government, backed by parliament, has also been pushing for a revival of a ferry link with Greece, which began in the 1960’s and was cut off in the early 2000’s after the operation was deemed to be financially unprofitable.

Shipping Deputy Minister Natasa Pilides said officials had been working around the clock last year to submit a study to the European Commission in support of the project, which could be injected with €5 to €6 million in the form of annual state subsidies to companies that agree to take the risk.

Cypriot officials expect Brussels to approve the terms sometime in February, with estimated cost for a Limassol-Piraeus round trip at €130 beginning in the summer of 2020.

Officials also said the ferry link would be a lifeline for people in Cyprus who avoid planes due to anxiety issues, while passengers who want to transport their vehicles would need to pay extra at the Limassol port.

In April 2016 DP World Limassol was awarded a 25-year concession to exclusively operate the multi-purpose and Cruise terminal in Limassol commencing February 2017.

Last month, DP World said over 34,000 passengers visited the island in November, adding that two duty-free shops at the New Passenger Terminal had the opportunity to serve cruise passengers and enhance their overall tourism experience.