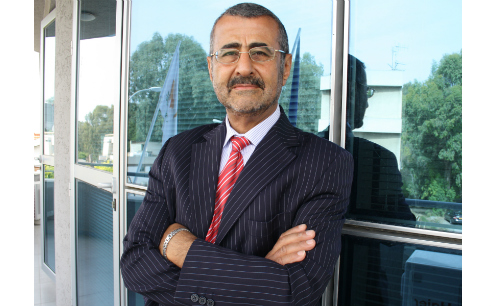 Total and EDT signed a contract on October 6 2016, in the presence of Transport Minister Marios Demetriades and Energy Minister Giorgos Lakkotrypis, signifying the restart of drilling in Block 11 by April 2017.

It was a happy occasion, with Demetriades confirming to the two companies that the government will do its utmost to support their work “because we believe that the hydrocarbons industry has a future in Cyprus”.

The day after signature of the contract, the whole process started unravelling. It was revealed that the recently-awarded contract to DP World and GAP Vassilopoulos (Consortium) for marine andport services at Limassol port, as part of the privatisation process, was posing problems.

Apparently, the consortium has exclusive rights to all such services at the port, and made clear that EDT’s planned activities interfered with these rights.

An exasperated Total issued an ultimatum that if these problems are not fully resolved to its satisfaction by October 26, it will freeze all drilling activities.

The immediate threat appears to have been averted, but there remain serious issues in need of permanent resolution.

The saga started when Larnaca’s municipality voted in February to reject a request by the hydrocarbon companies to continue using Larnaca port for a further six months, after licences expired in August, in order to allow Total to complete its planned drilling in Block 11.

This caused considerable consternation as Eni, Noble and MedServ had already invested heavily in the port, setting up facilities to provide support and logistics services during drilling activities. This prompted these companies to even consider relocating such operations to Egypt and Israel.

Lakkotrypis and Demetriades met the companies and proposed alternative options at Limassol port. Total, who at the time was planning to start drilling by September, eventually agreed to this. However, Eni and Noble did not.

Even though Larnaca decided against the use of the port for such activities, recent events may bring the option back to the table.

The key words here are: “exclusive right”. It is as a result of this that P&O Maritime was unhappy with the agreement signed between Total and EDT.

It made clear to the Ministry of Transport on October 7 that, in accordance to its concession, it has exclusive rights to these. By October 13, the Consortium took their concerns to the President and made their objections clear.

Once this became public knowledge, Demetriades confirmed there is a problem, but played it down. He said there were some concerns, but he did not appear to consider these serious and arranged meetings to clarify the issues.

And indeed, by October 19, after Demetriades visited DP World in Dubai, the headline in the press was: “Total continues its programme without any obstacles – the problems have been overcome”. The article went on to say that all sides to the problem will examine the issues in a spirit of understanding and cooperation.

But unfortunately, that proved to be optimistic. Total was stung by these incredible developments, coming as they did, after the Larnaca debacle and problems securing a base at Limassol that delayed its drilling programme from September to April. It did not accept promises and, on October 21, sent an ultimatum to the Ministry of Transport that it would wait until October 26 for a full resolution of all issues to its satisfaction. Without this, Total would freeze all its drilling activities.

Without clarity on availability of port facilities and a logistical base, Total could not plan and commit to its drilling programme. Retaining a drilling rig is a lengthy process, with the cost at about $1million/day. As a result, any uncertainties and delays can be very costly.

Through its ultimatum, Total focused minds on the urgency of the issues, but also ensured that it is covered legally should it be unable to proceed with Limassol and its contracts with EDT, and any other contractors, as planned.

Moreover, it iscovering itself against the government should it be unable to complete drilling in Block 11 within 2017, and is forced to request another extension.

It beggars belief that a national issue of this magnitude, the development of Cyprus’ hydrocarbons, has been handled in such a haphazard way.

First it was Larnaca, where a key decision of national importance was left to municipal councillors who could only consider local issues and local politics in making their decision.

And now the exclusivity clause in the Consortium’s concession may have wider implications. Not only for Total and its drilling programme, but also for Eni and Noble and any companies that may want to come to Cyprus and set-up operations to support the wider development of hydrocarbons in the East Med.

With Larnaca out of bounds, unless the new situation leads to a reconsideration of the February decision, and with Limassol under the exclusive control of the Consortium for the next 25 years, there could be a serious problem in providing port facilities to companies to support the offshore hydrocarbons industry.

As part of resolving the immediate problem, the Consortium demanded that this should not be considered a precedent, and it should be involved in the provision of all such services in future.

However, any new agreements with the Consortium may introduce delays and limitations, but also additional costs and restrictions in the operations of other international companies in Limassol port.

The positive development is that, according to the Minister, the urgency to get Total back on track appears to have been resolved. But it has left a bad taste. International companies must be watching these events in disbelief.

However, this still needs to be confirmed by Total. What happens if drilling is successful, as we all hope, and Total needs to continue with appraisal drilling? Will they need to re-start the whole process with participation of P&O Marine? I am not sure how acceptable this would be.

The next issue to grapple with is Eni, expected to drill in the second half of 2017, and Noble, expected to develop Aphrodite. Both would require port facilities and at present are not happy with existing arrangements and are retaining their facilities in Larnaca. If forced, they have already indicated that they might consider moving these operations to Haifa and Port Said, where they have support facilities.

That would be a loss to Cyprus and those who have prepared and are waiting to get jobs in this industry.

Then there is the longer term to consider. The key issue here is where permanent facilities will be provided for support and logistical services to the offshore hydrocarbons industry. It is no longer satisfactory to make nebulous statements in reaction to events. It is time for decisive and clear plans and actions. What happened to Total so far cannot and must not be repeated. Cyprus needs to restore its credibility.