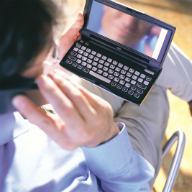 E-commerce on the rise in Cyprus

E-commerce seems to be picking up in Cyprus, with more businesses saying they are taking online orders, according to the statistical service Cystat.

The survey was conducted among 1,624 enterprises with at least ten employees in specific categories of economic activity.

The survey there was an increase in mobile broadband connections this year, reaching 58.3% compared to 56.2% in 2013, whereas the percentage of enterprises that provide staff with portable devices for mobile connection to the Internet rose to 58.8% in 2014 compared to 57.9% in 2013.

Cystat also said that 25.6% of the enterprises in Cyprus employ ICT specialists.

The survey showed that the percentage of the enterprises that have a website increased to 72.6% in 2014, with 98% offering access to product catalogues and price lists.