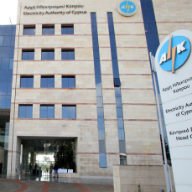 The EAC in a statement says it has already expressed its readiness to co-operate with all relevant departments in the effort to import natural gas for cheaper electricity production.

The semi-state electricity company EAC recently denied reports it was hindering the process for the supply of natural gas as an interim solution in a bid to stifle competition. “These reports are unfounded and misleading,” the EAC said in a statement. The so-called interim solution calls for the importation of natural gas to facilitate cheaper power production as a stopgap until local resources become available, from 2016 to 2024, with an optional extension period to 2026.

State gas company DEFA, currently designated the sole administrator of natural gas in Cyprus, would be the importing party and would then sell on the gas to competing power companies. It has asked any companies interested in being supplied with natural gas during the interim period to provide it with binding figures for their gas needs, which will form the basis for their contract with DEFA. The press reported that while Power Company Cyprus Ltd (PEC) – a private entity licensed to operate a 230MW power plant in Vassilikos – has expressed its readiness to proceed, going as far as providing DEFA with its projected gas quantity needs in writing, the EAC insists on the list of concerns it raised three months ago, demanding that they are addressed before proceeding.

In a letter to Energy Minister Giorgos Lakkotrypis last December, the authority had cited risks and uncertainties in the provisions of the interim solution that could “jeopardise its viability,” like competitors being allowed to import cheaper gas while the EAC’s hands would be tied by its contract with DEFA. It asked that the Cypriot gas market be declared ‘emergent’ by the government, securing protection against cheaper gas. The EuroAsia Interconnector, a proposed project that would connect the Israeli, Cypriot and Greek power grids to mainland Europe’s, was also listed as a potential threat to the power company as it would facilitate the import of electricity to Cyprus. The company demanded either government assurances that electricity would not be imported during the interim period, or a price renegotiation clause in its contract with DEFA.

Further contingencies, like the expansion of renewable energy sources or a more severe economic contraction in Cyprus, would result in diminished consumption needs, the EAC claimed. Such possibilities rendered estimations of gas quantity needs – required by DEFA to proceed to the interim solution – highly risky, the EAC said, and reiterated the need for a renegotiation clause in its contract with the state gas company.

According to the press, while the government looks favourably towards alleviating some of these concerns, it considers the EAC’s attitude a concealed effort to overturn the interim solution strategy, with a view to being allowed to import gas itself, a move it feels will stifle prospective competitors. The press also cites sources saying that Lakkotrypis plans put the weight of the President’s office behind the interim solution strategy, arranging a meeting between Nicos Anastasiades, the EAC, and DEFA in order to overcome any obstacles.