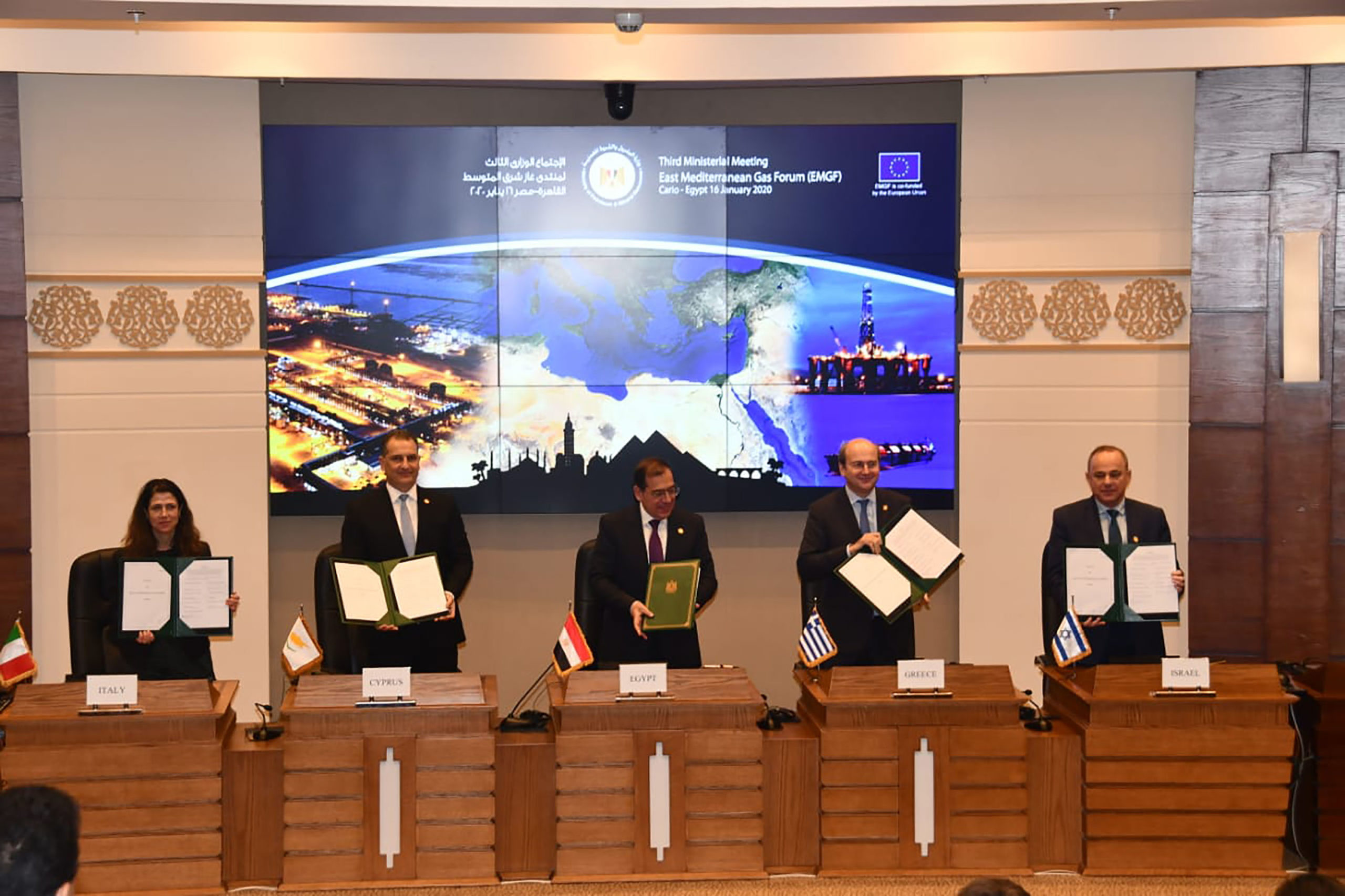 France has asked to join the EMGF, which aims to develop the region’s gas market and become an international body.

Cyprus Energy Minister George Lakkotrypis said it constitutes an example of how countries, even in difficult circumstances, can form alliances for the benefit of the people in the region.

He made the comments following the ministerial summit of the East Med Gas Forum in Cairo and the signature of the Forum’s charter.

El Molla said the signing of the charter constitutes “a cornerstone in our region’s history which will lead us to cooperate for the benefit our peoples.”

Lakkotrypis said the East Med Gas Forum charter signature is an example as to how various countries, even in difficult circumstances, can form beneficial alliances.

He referred to the progress made on an intended gas pipeline which will connect Cyprus with Egypt, as one more example of how cooperation between countries can contribute to regional prosperity.

He said that all countries participating in the EMGF agreed that natural gas can be used as a tool for peace and not the creation of conflict.

Hadjidakis further pointed out the importance of all decisions based on international law, which all countries in the region should accept.

The forum held its third meeting on Thursday in Cairo after being set up last year as part of efforts to transform the Eastern Mediterranean into a major energy hub.

The United States has also asked to become a permanent observer.

The forum, among other things, aims to lower infrastructure costs and secure competitive prices for gas from the region.

Egypt, which started importing Israeli gas on Wednesday for possible re-export to Europe or Asia, is promoting itself as a key player in the regional trade.

El Molla expressed his great satisfaction that France has applied to take part in the forum and the continued strong support from the US.

The Forum hopes to ensure cheaper natural gas transport which will, in turn, mean that it will be cheaper for consumers.

Israeli Energy Minister Yuval Steinitz also said the EMGF constitutes an example of cooperation for the benefit of the region.

The next ministerial summit will take place in the second half of 2020.