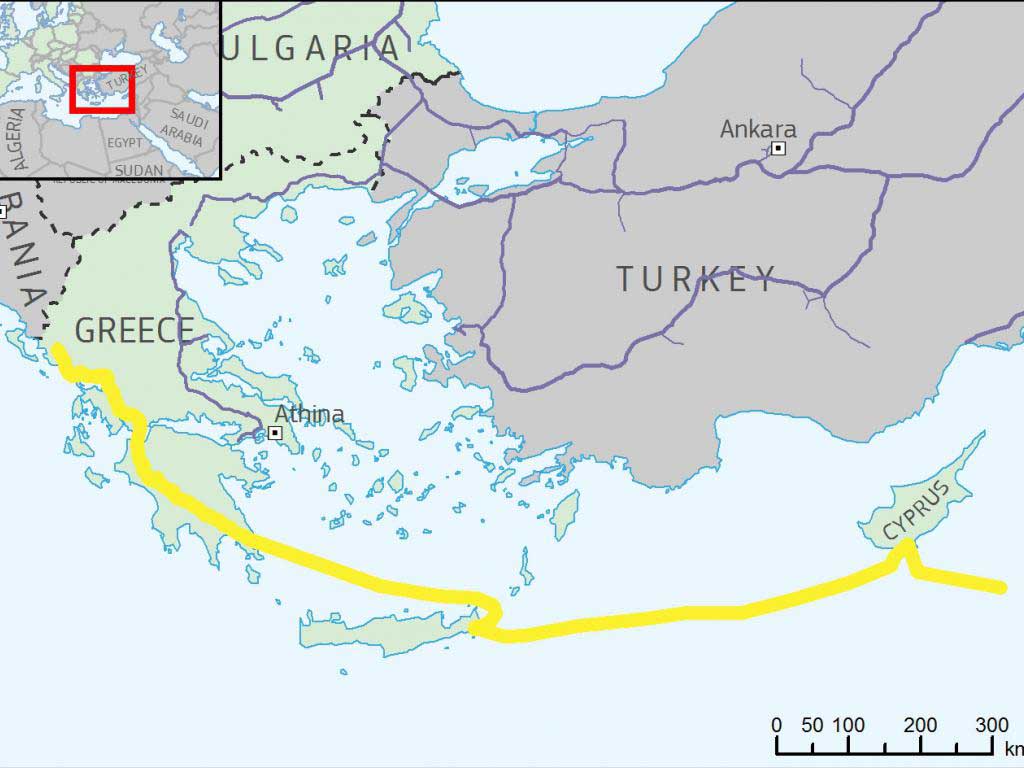 EastMed deal to be signed on January 2

Cyprus, Greece, and Israel will be signing an agreement in Athens on January 2 for the construction of the EastMed pipeline, seen as a response to a maritime deal between Turkey and Libya, which has ignored the rights of other countries in the region.

A government announcement on Monday said President Nicos Anastasiades will be travelling to Athens on January 2 for the signing.

Italy will not be signing the agreement on that day due to technical reasons but the country will attend the ceremony.

Deputy government spokesman Panayiotis Sentonas said the Italian government was having problems with the residents of some areas where the project was meant to go through but there was no disagreement on the substance.

The EastMed is a 1,900-kilometre €5.3bn natural gas pipeline project that will carry the region’s reserves to mainland Europe.

The pipeline will have a capacity to transport ten billion cubic meters per year of gas to Greece and Italy and other south-east European countries.

Last month, Turkey and the Libyan government signed an accord to boost military cooperation and a separate deal on maritime boundaries, which has enraged Greece.

Ankara and Athens have also been at odds over hydrocarbon resources off the coast of Cyprus.

While Greece has said the accord violates international law, Turkey has rejected those accusations, saying it aims to protect its rights in the eastern Mediterranean.

On Sunday, Erdogan said Turkey will “absolutely” not turn back from its agreements with Libya.

“Nobody should come to us with attempts to exclude us, trap us in our own shores or steal our economic interests,” Erdogan said. “We have no intention of starting conflicts with anyone for no reason or robbing anyone of their rights.”

“Those who oppose us have no sense of rights, law, justice, ethics or mercy,” Erdogan said, referring to Greece, Israel and Egypt, who have opposed the maritime accord.

In an interview with Greek daily To Vima on Sunday, Foreign Minister Mevlut Cavusoglu said the accord with Libya was in line with international law, adding Ankara may consider granting exploration licenses in areas determined by Turkey and Libya.

In a first reaction from the United States on the agreement, a senior State Department official said the maritime accord was “unhelpful” and “provocative”.

“It is neither ‘provocative’ nor ‘unconstructive’ as some US officials are claiming,” Altun said on Twitter. “Those who dare criticize Turkey should take a look at years of provocative actions by Greece and other regional states. We will never accept a fait accompli over our maritime borders!” he added.