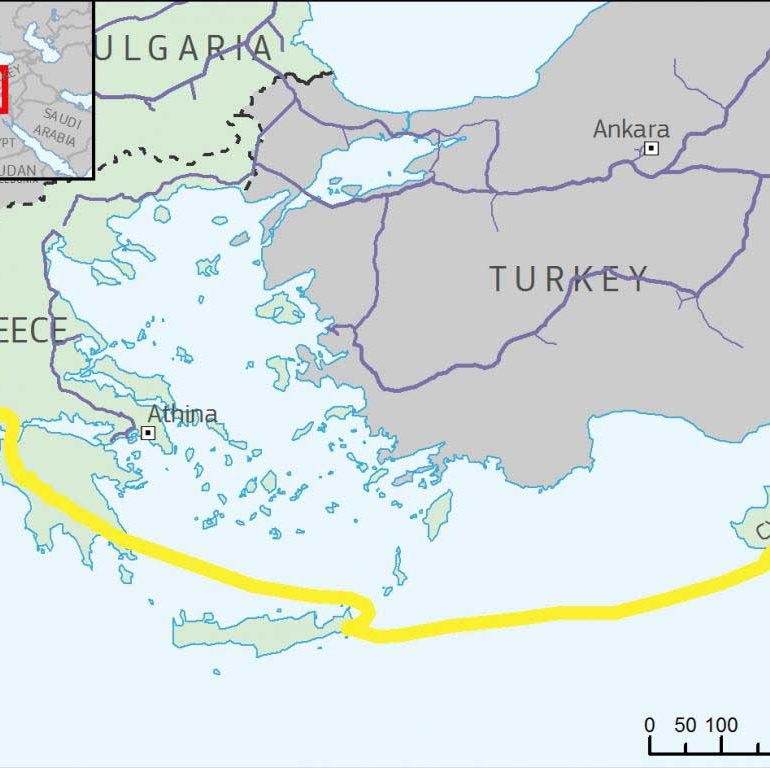 The EastMed gas pipeline is both technically feasible and commercially viable, a preliminary study into the mooted project has determined.

The findings of a pre-feed study, carried out by project promoter IGI Poseidon and funded by the Connecting Europe Facility (CEF), were reviewed by the competent ministers of Cyprus, Greece and Italy on the side-lines of the Ministerial Meeting of the Union for the Mediterranean held in Rome.

“The ministers expressed their satisfaction for the fact that the study showed that the proposed pipeline is technically feasible and commercially viable,” the press release added.

It noted that given the strategic value of the project, which aims to create a direct export route for natural gas reserves from the Eastern Mediterranean to Europe, as part of the East Mediterranean corridor, and adding other export options under evaluation, the ministers decided the establishment of a working group for monitoring the development of the project activities and identifying ways to jointly support it.

The East Med Pipeline is a proposed gas 1,300km pipeline to link Cyprus to Crete and then Greece or Italy.