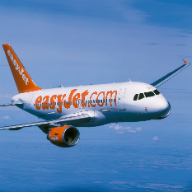 EasyJet announces that it has launched direct flights from Larnaca to Basel in Switzerland beginning April 1, 2014.

The airline said there were two flights a week on Tuesdays and Saturdays, operated on an Airbus A319 with one-day prices starting from €69.99.

Stefanos Vakirtzis, Regional Ground Operations Manager of easyJet, said: “EasyJet since it started its first flight to Paphos in 2008 has shown continued growth of its network to Cyprus and supporting tourism.”

He said the new Larnaca-Basel route was in addition to nine other destinations offered from the two Cypriot airports, carrying more than 670,000 passengers to and from the island by the end of 2014, an increase of 14% over the corresponding period in 2013 .