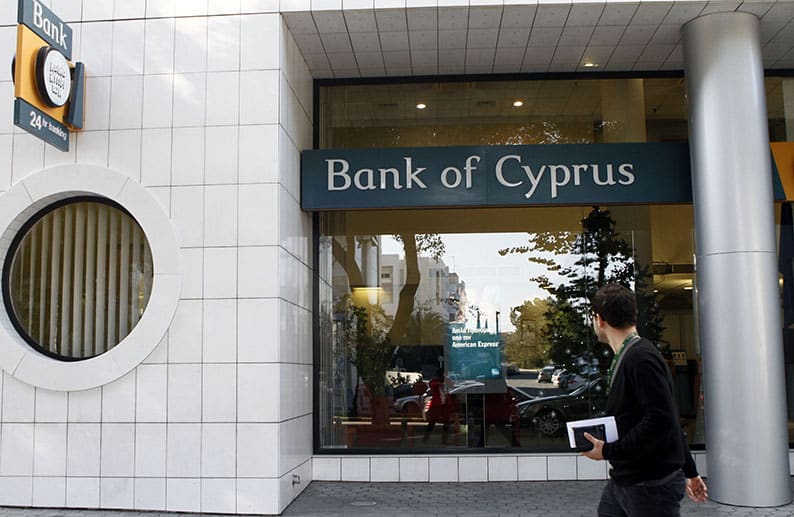 EBRD continues to be shareholder to the Bank of Cyprus

European Bank for Reconstruction and Development (EBRD) remains shareholder to the Bank of Cyprus after the end of its mandate to Cyprus, the EBRD Head of Cyprus and Greece Andreea Moraru said in an interview with the Cyprus News Agency.

She also said the bank was confident that growth will rebound in Cyprus after the current coronavirus crisis.

In 2014 EBRD invested € 120 million in Bank of Cyprus, in the context of a share capital increase of € 1 billion and remains an investor with a 5.02% share. EBRD also invested in Hellenic Banks.

“Τhe EBRD exited the investment in Hellenic Bank in 2019, so we are no longer a shareholder. We remain to be a shareholder in the Bank of Cyprus, and our exit strategy won’t be affected by the closing of our mandate in the country”, she said.

Concerning the course of the Cypriot banks, she said that they have recovered faster from the global financial crisis of 2008, as did the country itself, so the banks have entered Covid recession with much stronger balance sheets.

“The effect of Covid-19 on the sector still remains to be seen next year, once moratoria have been lifted. Extensive government support measures, alongside those from the EU and ECB are important mitigants”, she added.

EBRD’s assistance to Cyprus began after a request from the Cypriot authorities for the EBRD’s support in the aftermath of the financial crisis.

“Our Board of Governors gave the green light in 2014 to allow us support the country`s economic adjustment programme. It was assumed that the EBRD would not engage in new operations in Cyprus after the end of 2020”, said Moraru.

She added that the Cypriot economy was in a very difficult situation when they began operations on the island. A banking crisis had led to a deep recession. Half of all loans were non-performing and unemployment was in the double digits.

“Since then, there has been a remarkable turnaround. Solid growth from 2015 led to falling unemployment. Meanwhile, careful management of public finances and progress in structural reforms consolidated the economy”, she noted.

In 2020, the Covid-19 pandemic has brought a sharp economic downturn, as it has elsewhere, she also said, but she added that there is every prospect of a strong recovery in 2021 if the pandemic subsides and social distancing rules can be relaxed.

“According to our latest economic growth forecast, GDP is expected to rebound somewhat by 4% in 2021, provided social distancing is phased out and the main sectors of the economy continue their steady recovery, so we’re confident that Cyprus will maintain this momentum and growth will rebound after the current coronavirus crisis”, Moraru pointed out.

EBRD, as she also noted, will keep managing its existing portfolio in the country that consists in an equity exposure to Bank of Cyprus, remaining small exposures to photovoltaic parks and the recent investment in the floating storage and regasification unit (FSRU) project, but it won’t invest in any new projects after the end of the year.

“Cyprus is a shareholder and a donor of the EBRD and it will remain one. We are determined to maintain our excellent relationship with the Cypriot authorities” she said.

Moraru said EBRD was very proud of its contribution to the recovery of Cyprus.

“Supporting the country`s economic adjustment programme and consequently its recovery was from the beginning our goal”, she said.

In particular, the Bank focused on strengthening the financial sector to build up its resilience and improve governance, as well as providing finance and business advice to small and medium-sized enterprises

“During the 6-year period of our engagement in Cyprus and our approximately €600 million investments, we made a significant contribution to the stabilisation and recovery of the local economy, which was facing severe difficulties as a result of the financial crisis”, she noted.

As, she said, they also have supported the banking sector, engaged in policy reform and provided training and advisory services to small businesses across the whole island for the benefit of both communities.

Some notable examples of EBRD work in Cyprus is  according to Moraru the investment of €120 million in Bank of Cyprus as part of BoC’s €1 billion capital raise.

Also, she noted that in the energy sector, the Bank’s activities included a €80 million loan to the Natural Gas Infrastructure Company of Cyprus for the development of a new infrastructure, allowing Cyprus to replace expensive and polluting heavy fuel oil with cleaner natural gas and reduce the country’s CO2 emissions by 10 per cent.

They also supported the construction of five solar PV plants in in the areas of Frenaros, Nisou, Dhali, Paliometocho and Malounta. These were among the first solar photovoltaic projects of this scale to be implemented in Cyprus.

“We are also very proud of our Advice for Small Business programme, which has supported more than 270 SMEs in Cyprus. Projects benefited from donor funding provided by the European Union, the European Regional Development Fund, the EU Aid Programme for the Turkish Cypriot community, the Republic of Cyprus, and the EU Programme Support Action (PSA). We have already shared our experience and know-how with the Ministry of Energy, Commerce and Industry of Cyprus”, she said.

Additionally she said that they were very active in trade finance, supporting financial institutions and small businesses with their trade finance business.
“Cypriot banks are among the most active participants in the EBRD’s Trade Facilitation Programme (TFP). The banks’ activities play a crucial role in the reintegration of Cyprus into global trade flows”.

Under the TFP, €350 million have been channelled to local banks in more than 650 transactions.