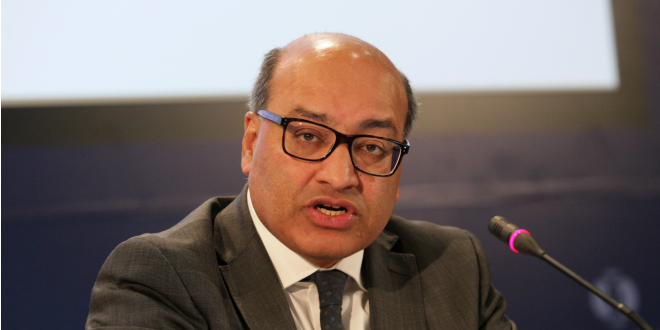 The European Bank for Reconstruction and Development (EBRD) says it is ready to invest in northern Cyprus, potentially for years, if a deal to unify the divided island can be reached.

International mediators are cautiously optimistic of a deal this year with two moderates at the helm of its respective ethnic Greek and Turkish sides attempting to negotiate the reunification as a two-zone federation.

Tough issues are outstanding, such as effective co-governance, redrawing territorial boundaries and how security concerns of each side can be safeguarded. But if it comes off and gets public backing it would pave the way for support.

“Should the referendum (on a Cyprus deal) be positive then we will certainly aim to increase our investment, particularly in the north,” EBRD President Suma Chakrabarti told Reuters.

That would open up the debate of whether the development bank would continue to invest in Cyprus beyond 2020, the deadline set when it became a ‘temporary’ recipient of EBRD support in 2014.

“It’s undoubtedly true that the north is very much under developed compared with the south and will require years of investment to catch up,” Chakrabarti said. “So we’ll have to see if Cyprus makes the case for an extension of mandate and how the shareholders will react.”

The EBRD holds its annual meeting in Cyprus in May 2017 so the situation is likely to be one of the main topics of discussion among the national finance ministers and central bankers that double as its decision-makers.

It has spent just under €220 million there since it became the first eurozone crisis country to become an EBRD country of operation.

“We could expand our support for SMEs (small and medium sized firms), for the banking sector and the infrastructure and energy sectors,” the bank’s top official in Cyprus, Libor Krkoka, said.

He said there was a “very good pipeline” of Cyprus investments lined up this year, although he would not disclose specifics as they were deemed market sensitive.