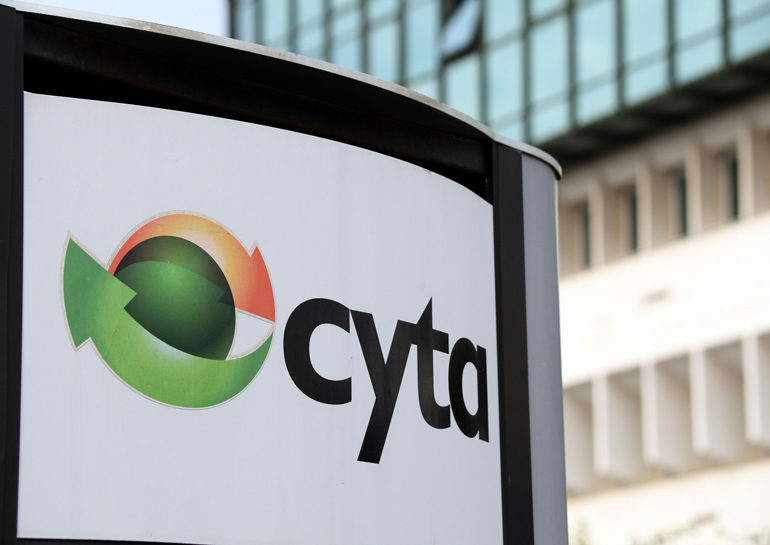 The European Bank of Reconstruction and Development (EBRD) stands ready to take part in the privatisation of the Cyprus Telecommunications Authority (Cyta), an EBRD official has said.

EBRD began operations in Cyprus in 2014 amida severe financial crisis, and from the onset has placed privatisations among its key targets.

However the privatisation of Cyta and the state-owned electricity company (EAC) have failed to make progress proceed during the three-year adjustment programme funded by the EU and the IMF because of strong opposition from unions and opposition MPs. The finance ministry has presented a bill aiming to create a private telecommunications company aiming to attract a private investor.

“Our view is that a properly done privatisation would attract fresh investment and, ultimately, better services for the consumers concerned. We are ready to be part of that. But the government has to take the first move,” Peter Sanfey, the EBRD`s deputy director for country economics and policy said in comments to the bank`s website.

He added that so far the EBRD`s investment in Cyprus reached €220 million mostly in the financial sector,” with the bank acquiring stakes in Bank of Cyprus, the island`s largest lender and Hellenic Bank.

Sanfey also praised Cyprus performance in terms of meeting the objectives of the adjustment programme.

Following the “big shock” in 2012-2014, he said Cyprus showed “quite impressive” fiscal and external adjustment with a return to growth, close to 3% last year, and continued growth expected this year.

But he pointed out that there is a big need for further progress in the banking sector.

“There is a huge overhang still of non-performing loans and non-performing exposures. This is a challenge…that’s a process that’s going to take some time, working through bad debt.”
Sanfey said there was fundamental strength in the economy. “It’s a very open economy,” he added. “The people are well educated, public administration functions well, and some sectors are quite robust – tourism, obviously, accounting services, too, and some of the other high-value service sectors have come through quite well.”

Pointing out that the field of oil and gas will yield benefits in the long-term, Sanfey said tourism remains the economy`s big sector.
The EBRD official pointed out that reunification would increase facilities in the northern part of the island and would potentially bring strong growth in services, tourism and some agribusiness products.

Libor Krkoska, Head of the EBRD’s Resident Office in Cyprus referred to EBRD`s swift action in Cyprus in the mid of the financial crisis, following the bank`s shareholders to begin investments on the island.

He noted that EBRD`s first move was to take part in the capital raise of Bank of Cyprus, the island`s largest lender.

“The lender’s success corresponds with the recovery of the Cypriot economy. Growth returned in 2015 with the economy expanding by 1.7% and accelerating to almost 3% in 2016,” he said in a feature story on the EBRD`s website, adding the bank projects a 2.2% growth rate in 2017.

During these three years, EBRD has financed a shipping company, Interorient and implemented its Trade Facilitation Programme promoting trade to and from Cyprus.

Indeed, the demand for trade finance support in Cyprus was so great that the country quickly reached the third most active trade finance programme position among all of the countries where the EBRD works in 2016.