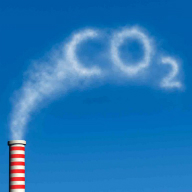 The European Commission has awarded €1 billion funding to 19 projects to fight climate change under the second call of the so-called NER 300 funding programme.

The funding will be used to demonstrate technologies that will subsequently help to scale-up production from renewable energy sources across the EU as well as those that can remove and store carbon emissions. The projects awarded co-financing today cover a range of technologies − bioenergy, concentrated solar power, geothermal power, photovoltaics, wind power, ocean energy, smart grids and, for the first time, carbon capture and storage (CCS).

The funding for the projects comes from revenues resulting from the sale of emission allowances in the EU Emissions Trading System. This makes the polluters the driving force behind developing new low-carbon initiatives.

She said the €1 billion awarded will leverage some additional €900 million of private investment and it will be almost €2 billion of investment in climate-friendly technologies in Europe.

“This is a contribution to reducing Europe`s energy bill of more than €1 billion per day that we pay for our imported fossil fuels”, she added.

The selected projects announced will increase the annual EU renewable energy production by almost 8 terawatt hours (TWh). This energy amount corresponds to the combined annual electricity consumption of Cyprus and Malta. The CCS project will capture 1.8 million tonnes of CO2 per year, equivalent to taking over a million cars off the roads.

Together with the 20 projects from the first call, NER 300 projects will also create several thousand jobs during the construction and operation phase.