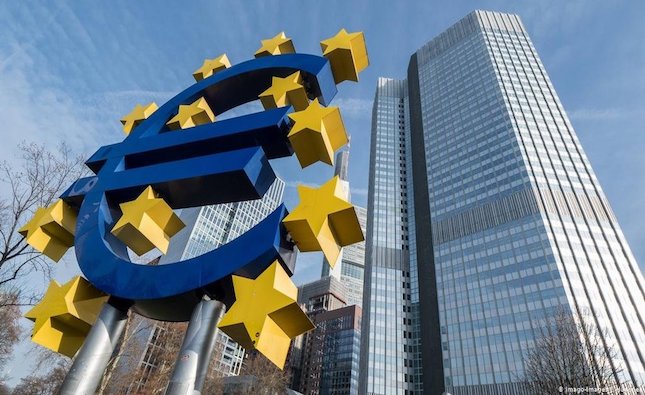 The European Commission’s Autumn 2021 Economic Forecast which was presented on Thursday shows positive prospects for Cyprus, including an increase in GDP by 5.4% for 2021 as a whole, while real GDP is expected to reach its pre-pandemic level in the fourth quarter of this year.

Regarding tourism, revenues more than doubled during the first half of 2021 compared to the same period in 2020, while however remaining at about 35% of 2019 levels, which means that tourism remains vulnerable to the development of the pandemic. External demand for tourism is forecast to recover gradually and to reach its 2019-level by the end of 2023.

The government deficit is expected to drop to 4.9% in 2021 due to higher revenues from taxes driven by the economic recovery and increased social contributions in the context of the National Health Service (GeSY, or NHS).

The main risks to the fiscal outlook of the country include the fiscal sustainability of the NHS, as well as the fiscal impact of the envisaged expansion of KEDIPES.

As noted in the Cyprus chapter of the Commission’s Autumn 2021 Economic Forecast, economic activity in the country recovered strongly in the first half of 2021. Domestic demand, helped by fiscal stimulus, has been the main driver of growth so far.

After a historic fall, the tourism sector is bouncing back, although it is still significantly below the pre-pandemic level. The economy is expected to continue showing a robust growth performance over the forecast horizon. Public finances, negatively affected by the crisis in 2021, are set to improve significantly in the following years.

According to the European Commission, private consumption increased by 2% in the first half of the year, on the back of increased employment. At the same time, government consumption increased significantly, by 15.1%, “as a result of the support measures aimed at alleviating the crisis. Investment also rebounded, underpinned by buoyant construction activity in housing and infrastructure projects in the tourism, energy and education sectors.”

“With respect to the latter, the successful vaccination campaign in Cyprus and the rest of the EU prompted a relaxation of travel restrictions at the beginning of the summer. This, in turn, led to a relatively good performance of the tourism sector,” it adds.

In 2022, real investment is expected to exceed the 2019-level, boosted by the Recovery and Resilience Plan (RRP). The forecast also incorporates expenditures financed by RRF grants, which are set to gradually increase from 0.2% of GDP in 2021 to 0.8% of GDP in 2023.

“Uncertainty and downside risks to the growth outlook remain, however, mainly related to the pandemic, which makes the tourism sector particularly vulnerable,” it warns.

The Commission sees positive prospects for the labour market. “The broad utilisation of the employment support measures has helped to contain the further increase in unemployment,” it says.

“Going forward, employment is expected to increase on the back of the economic expansion and the implementation of the RRP, which is also expected to facilitate the reallocation of the labour force through re- and upskilling,” it adds.

Government expenditure is forecast to grow by 7.4% in 2021. This is mainly driven by the increased social payments related to the roll-out of the second phase of the National Health System (NHS) reform.

In addition, it points out, “three supplementary budgets have been approved in the second half of the year, which include among others the extension of COVID-19 measures, such as support schemes related to the health sector, wage subsidisation and liquidity support to businesses.”

“These effects are projected to be more than offset by a revenue growth of 9.6% 2021, mainly on the back of higher revenue from taxes driven by the economic recovery, and increased social contributions resulting from higher contribution rates in the context of NHS,” it says.

“The realisation of contingent liabilities, the fiscal sustainability of the NHS, as well as the fiscal impact of the envisaged expansion of KEDIPES, the state-owned asset management company, represent the main risks to the fiscal outlook,” the Commission adds.

After reaching a peak of 115.3% of GDP in 2020, public debt is set to decrease to 104.1% of GDP this year on the back of high nominal GDP growth and of the use of cash reserves accumulated in the previous year.