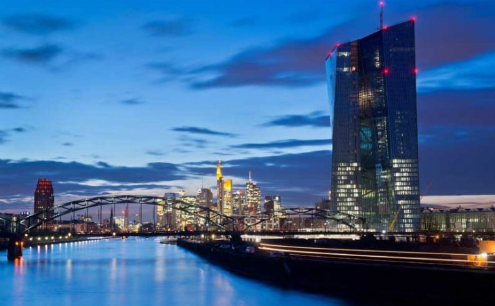 The European Central Bank (ECB) recently expressed its readiness to assist Cypriot authorities in their effort to resolve the banking sector’s remaining problems.

A Presidential Palace statement said ECB President Mario Draghi has acknowledged the significant progress made in the implementation of Cyprus’ adjustment program in a short period of time, and expressed readiness to assist.

The statement followed a meeting between Draghi and President Nicos Anastasiades, in Frankfurt.

Two sides reviewed the situation in the country’s financial sector. They also discussed ways to provide further support, with the ECB assuming a decisive role.

The announcement said the two men agreed to continue their dialogue on implementing everything that was agreed in the meeting, but did not elaborate further.

Anastasiades expressed his satisfaction with the meeting and said he would continue efforts to restore normalcy in financial sector.

In the run up to the meeting, reports had suggested that Anastasiades would ask Draghi to help relieve Bank of Cyprus (BoC) of a €9 billion burden it was saddled with as part of the island’s March 2013 bailout agreement.

The amount represented emergency liquidity assistance (ELA) drawn by the now defunct Laiki Bank in the year before Cyprus’ bailout.

As part of the terms of the bailout, Laiki was shut down and BoC was recapitalised using depositors’ cash.