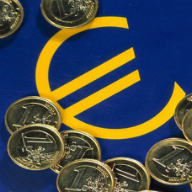 A delegation from the European Central Bank will examine the issues regarding north Cyprus adopting the Euro currency in the event of a solution.

The delegation is due to arrive next month, according to Turkish Cypriot network BRT.

Armagan Candan, the official responsible for the discussions, said a team of experts will hold meetings with officials from the ‘Turkish Cypriot Central Bank’, the bi-communal technical committee on economy as well as the EU Ad-Hoc Committee, Candan said that the experts will look into how long it will take to switch to the euro.

Candan also pointed out that both the EU and other international financial institutions which could make important contributions towards solving the Cyprus problem needed to see a success story in the Eastern Mediterranean.

“This story could be written in Cyprus” he added.