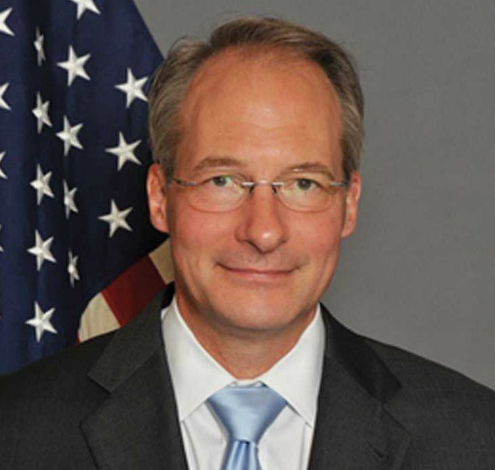 Economic benefits of a solution

Solving the Cyprus problem would be another way to boost the island’s economy and a way to ensure long term stability and prosperity for all, US Ambassador John Koenig has said as he urged the divided communities to resolve the longstanding issue.

“Solving the longstanding Cyprus problem would not only be rational, but it would be a certain way to ensure long term stability and prosperity for everyoneliving and doing business on the island,” Koenig said. “The business community, perhaps more than anyone else, understands very well what kinds of benefits would flow to all Cypriots from a settlement, as well as the economic losses both sides have experienced over the decades through failing to find a solution. But only the political leadership has the power to turn the vision of a united, prosperous Cyprus, into reality.” Among the benefits were accelerated economic growth, increased employment and improved quality of job opportunities, and expanded activity in a variety of sectors that will ensure growth.

Studies suggested, the ambassador said, that a solution would boost GDP by three percentage points, with every household receiving an estimated annual dividend of €5,500 per year when the distortions created by the unresolved conflict no longer existed. A solution could create as many as 30,000 new jobs in the first five years, Koenig added. The ambassador conceded there will be a price tag too but the cost represented investment that will yield rewards as the island healed.

For starters, both sides would save on defence expenditure, which could be put to more productive use – for example to develop a shared infrastructure. “But, more importantly, the risks associated with the political situation on the island would decrease – improving the climate for investment – foreign and domestic,” Koenig said. Rationalising trade and travel not only makes sense, but will result in economic benefits, he said. For the Greek Cypriots it includes an opening to the largest and most dynamic market in the Eastern Mediterranean – Turkey, with its $1.4 trillion economy.

Koenig said a solution to the Cyprus problem had become freighted with all manner of dogmas that no one had been able to untangle in nearly 40 years. “One of these is the more recent view that in this time of economic crisis it is the wrong time for Greek Cypriots to seek a solution when they are not at their strongest,” he said. “If there is one thing this second troika assessment, and its positive outcome has shown us, it is that Cypriots are not weak.” Former President Harry Truman wished for a one-armed economist who could not say: “Well, on the one hand this and on the other hand that,” Koenig said. “On one hand a solution to the Cyprus problem would be good for the Cypriot people and good for this region and in this case, there is no other hand.”