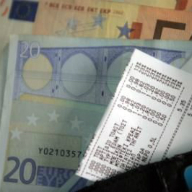 Economic climate improves in Cyprus in March as the Economic Sentiment Indicator increases by 1.3 points, compared to the previous month, says the Economics Research Centre of the University of Cyprus.

According to its business and consumers surveys, the Economic Research Centre said the enhancement is due to an improvement in services and to a lesser extent in the construction industry. On the other hand, March saw a worsening of the climate in retail trade due to lower sales recorded in the past three months and also to negative projections for the next quarter.

Manufacturing and Consumer sentiment indicators remained at the same negative levels as in February, however they recorded the least negative values of the last twelve months.