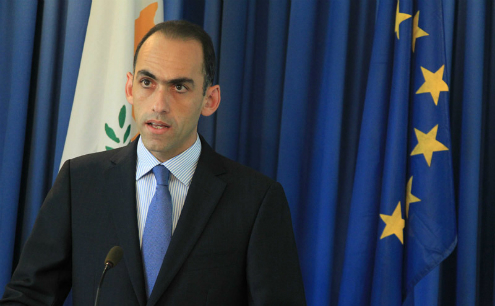 Economic recovery will not come from spectacular moves but from the backbone of the economy, small and medium enterprises (SMEs) says the Finance Minister.

The minister Harris Georgiades said people needed to be patient as Cyprus was faced with unprecedented economic difficulties. “Personally, I do not expect that recovery of our economy will come through one or two spectacular moves,” Georgiades said. “It will be gradual,” he added and its backbone will be SMEs operating in the traditional areas that still have prospects – tourism, services, shipping – and new sectors like energy. The minister said the process will take time.

He reiterated that return to normalcy in the battered banking sector was one of the key factors that will lead to the stabilisation of the economy as a whole. Banks have shown signs of stabilising, with deposit outflows slowing “but we have a long way to go. The blow to our banking sector was substantial. It will be a long and difficult effort,” Georgiades said. In return for a €10 billion bailout, Cyprus had to agree to close down its second biggest bank, Laiki, and recapitalise Bank of Cyprus – its biggest – by seizing depositors’ cash. The move forced authorities to impose capital controls in March last year to prevent a bank run. The restrictions are being lifted gradually and according to Georgiades by spring this year he expected significant steps in relaxing the controls further. The aim was to try and lift domestic controls completely, if possible, leaving the overseas transfer of capital last.