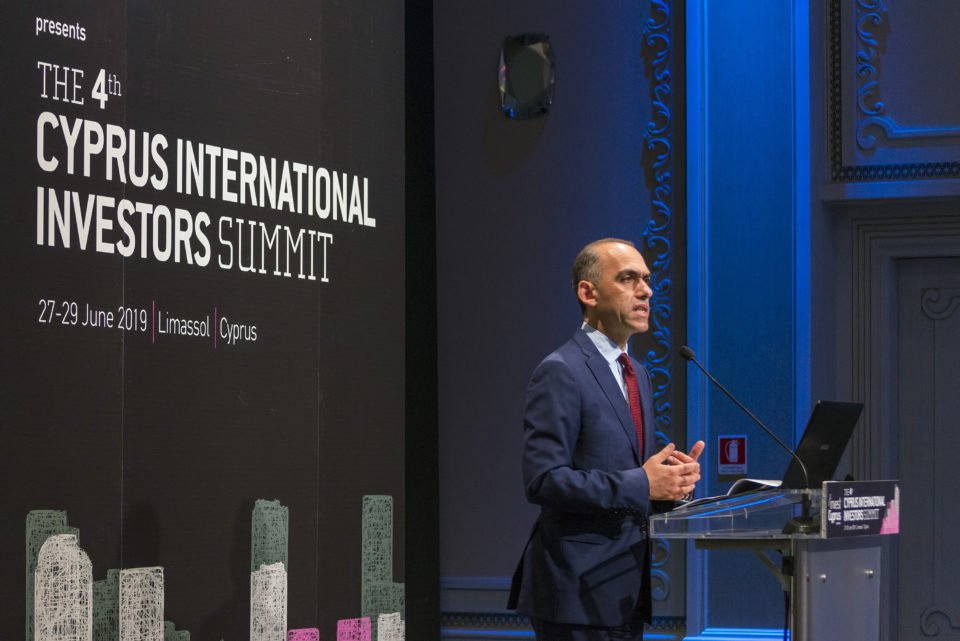 The island’s economy has entered a new, promising period and the hardship suffered in previous years is history, Finance Minister Harris Georgiades said recently, addressing over 150 foreign entrepreneurs and investors in Limassol.

Speaking at the 4th International Investors Summit organised by Invest Cyprus, Georgiades said the difficulties between 2009 and 2014 were “a story of the past” and today the island has one of the fastest growing economies in the EU, having added almost 19% to its GDP since then.

“We have covered the lost ground and expect the growth rate to remain over 3% annually for at least the next three years,” he said.

He warned however, that Cyprus must maintain its fiscal performance “because public debt is admittedly high, as a result of rescuing the banking system and the excessive deficits of the past.”

The minister said all key sectors of the economy like tourism, shipping, real estate, and services, were performing well but its productive basis was gradually moving to new areas including higher education, research and innovation, natural gas, renewable energy sources, and investment fund management.

“It is the job of the government to establish conditions of stability and confidence so as to create a business-friendly environment, allowing the economy’s productive forces, essentially the private sector, to do its job. This is what makes economic growth viable.”

During panel discussions, representatives from audit, law firms, and banks, as well as government officials, analysed Cyprus’ advantages as a business centre and as a hub for the investment fund sector.

The director general of Invest Cyprus, George Campanellas underlined that the island’s economy is based on a diverse model, which boosts well-established sectors, while promoting the development of new promising ones.

In his presentation, Campanellas specifically referred to information and communications technology saying: “Cyprus is an ideal choice for a business base for the ICT and software development sector, since it offers access to the EU and other emerging markets, it has an attractive tax framework, a talented human capital as well as a good quality of life and low operating costs for businesses.”