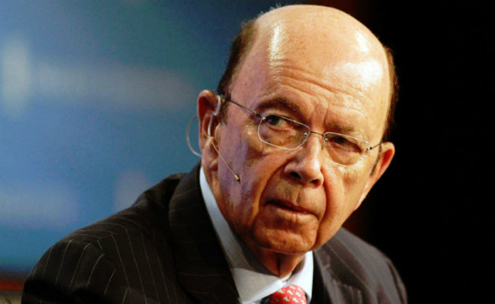 In the first of a two-part interview with daily Phileleftheros, published on Tuesday, the billionaire investor Wilbur Ross – who raised some €400m for the recent €1b capital increase by the BoC – said tourism, business and financial services and the country’s natural resources can all drive the economy forward.

Asked why he had decided to invest in BoC in the first place, Ross said: “It is the largest bank in Cyprus. So the first question was, what are the prospects for the country itself, since investing in the largest bank is like acquiring ‘special rights’ on the Cypriot economy”.

According to Ross, tourism and the business services sectors are the drivers of the Cypriot economy. Calling Cyprus an “underrated tourism destination,” the American financier said the sector holds enormous untapped potential for growth.

In particular, he drew attention to the planned privatisation of national carrier Cyprus Airways, noting that the new owners will possess the resources as well as the know-how to attract greater numbers of tourists to the island.

Ross revealed that people with Ryanair – one of the suitors for Cyprus Airways – have told him they could bring in some 2.5 million tourists a year, almost twice the current number, noting that the influx will have a major impact on the economy.

The planned privatisation of the ports – a condition of the island’s bailout – would also help, he said.

The investor – whom Forbes magazine recently reported as having a net worth of $2.9b – also welcomed a government decision to license a casino resort.

On the exploitation of offshore natural gas, Ross said this alone can transform the economy, noting however that this was a long-term prospect.

Ross went on to express every confidence in Josef Ackermann – former CEO at Deutsche Bank – who has been nominated for the position of new chairman of the BoC board.
He said he has “great respect” for Ackermann, adding that the choice of the banking heavyweight to lead BoC is proof of foreign investors’ confidence in the Cypriot economy.