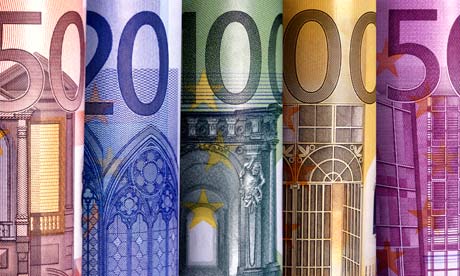 The University of Cyprus said it expects the economy to expand 3.8% in 2018, against a 3.6% forecast in January, with growth moderating to 3.5% next year.

Further improvements in the real economy accompanied by improved market conditions in the first quarter of this year and in the last three months of 2017 are among the key drivers of growth, the Economic Research Centre of the university said on Thursday in an emailed statement.

The key drivers also include a strong economic sentiment at home and in the European Union and growth in economies trading with Cyprus.

The Cypriot economy, which emerged from a prolonged recession in 2015 caused by a fiscal and banking crisis, expanded 3.9% last year after growing 3.4% the year before. The unemployment rate fell to 11% on average last year from 12.9% in 2016.

In October, the Finance Ministry said that it expected the economy to grow 3% this year and growth to slow down to 2.7% in 2019 with annual inflation averaging 1% and 1.5% respectively. It also said that the unemployment rate was forecast to fall to 9.5% this year and 8% in 2019.

Still, the economy continues to face downside risks mainly from the high stock of non-performing loans in the banking system, which amounted to €20.6bn in December after falling by €3.2bn in a year, the ERC said.

The high stock of delinquent loans in the banking system, which account for 44% of the total and 107% of economic output, combined with foreclosure and insolvency frameworks that hinder procedures, may create risks to the financial stability and discourage future investors.

“Fiscal slippage may render the economy vulnerable to shocks and lead to higher borrowing costs for Cyprus,” the ERC continued, adding that possible delays in the implementation of structural reforms, including the public administration, the judicial system, and local administration, as public debt remain high, “may weaken business and investor confidence, the sustainability of public finances and growth prospects”.

On top, the uncertain outcome of Brexit negotiations, which may further weaken the British pound, and geopolitical risks in the region, could also negatively affect growth, the ERC added.

“Upside risks to the outlook are associated with public investment and large-scale private construction projects,” the centre said. “Moreover, stronger growth momentum in the EU may lead to faster growth rates than the current forecasts”.