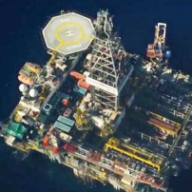 Cyprus' Energy Minister says Egypt and Jordan are interested in buying natural gas from the Mediterranean island nation to meet their domestic needs.

Cyprus' priority is to build an onshore facility to liquefy gas for export to Europe and elsewhere, but Energy Minister Giorgos Lakkotrypis said Thursday that Jordan and Egypt also are potential customers.

The U.S. company Noble Energy and the Israeli ones Delek and Avner are partners in a field off Cyprus' southern coast estimated to hold 3.6 trillion to 6 trillion cubic feet of gas.

A consortium made up of Italy's Eni and South Korea's Kogas will begin exploratory drilling off Cyprus in the coming weeks.

Lakkotrypis said, "All options will be examined over the next few months."