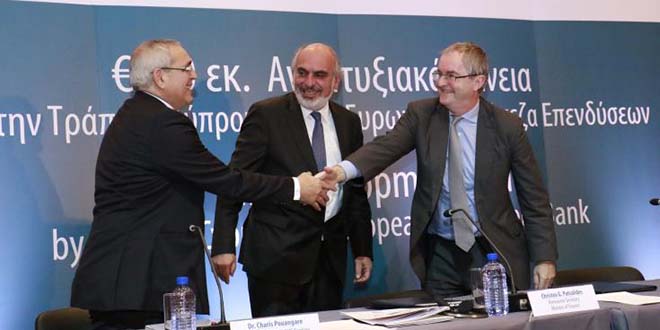 EIB and BOC to inject funds into cheap credit to SMEs

The European Investment Bank (EIB) and Bank of Cyprus recently signed an agreement to inject €134m of cheap credit for small and medium-sized companies (SMEs) and midcaps.

Under the agreement underpinned with state guarantees, the EIB will provide €100 million and Bank of Cyprus €34 million from own sources.

The signature is the first project for 2017 under this scheme drafted by EIB and the Cyprus government two years ago, through which €0.5 billion has been allocated to the Cypriot economy.

In view of the scheme’s demand, Christos Patsalides, the Finance Ministry’s Permanent Secretary announced the government it decidedto increase state guarantees from €500 million to €750.

“It is with great pleasure that we have noticed that we already signed twelve different guarantee agreements with a total of €475 million within the framework of this scheme and till today around 43% of the total amount has been utilised. We expect that all Cypriot banks benefited from this scheme will intensify their efforts for financing SMEs and Mid-Caps thus contributing to the whole effort for the sustainable recovery of the Cypriot economy,” Patsalides added.

The Finance Ministry official praised the supportive role to the recovery of the Cypriot economy following the 2013 financial crisis.

On his part, Jonathan Taylor, the EIB Vice President said the scheme began in 2015 aiming to support SMEs and mid-caps.

“SMES are the backbone of the Cypriot and European economies and EIB considered it important to support their investment plans,” he added.

Charis Pouangare, Director of the BOC’s Consumer and SME division, said the bank has set up a specialised division to attract financial products from the EU and allocating funds to the Cypriot businesses.

Noting that the bank intends to step up the allocation of loans to the real economy, Pouangare said, “together we can achieve more for Cyprus and the Cypriot economy.”