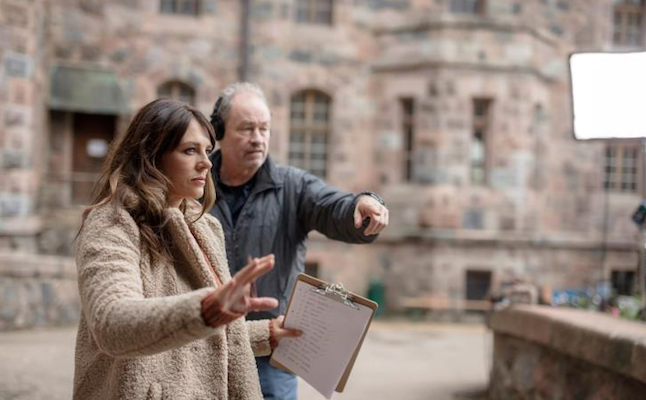 The Piper is a romantic horror movie based on the legend of the Pied Pieper of Hamelin, directed by Anthony Waller.

The director and screenwriter Anthony Waller, known for his movie An American Werewolf in Paris, revives the German legend of the Pied Pieper of Hamelin.

The Piper is the first of a new cinematographic franchise.

“The director of photography Roger Simons has created outstanding images as well as filming in breathtaking locations.

“The success of his first movie franchise could be the basis of a sequel, prequel, television series, theatre productions, merchandising, video games and theme parks,” said the founder and owner of Fetisov Illusion- Europe, Gleb Fetisov.

The story is based on one of the oldest myths globally, that of the Piper of Hamelin. This legend is rooted in many cultures.

With the love story of a young couple being at the forefront of the film, the action is transferred from the German Medieval, in Hamelin of our days, where the ancient spirit of the Piper resurfaces and spreads horror to the residents, torturing anyone who managed to save themselves from the crimes and punishment of the past.

Her best-known film roles have been as Vanessa Kensington in Mike Myers’ hit spy comedy, Austin Powers: International Man of Mystery (1997), and the Devil in Bedazzled (2000).

Gleb Fetisov said that Hurley was their favourite actress for the part, and it was not easy to secure her as she is in high demand and extremely busy.

“What we needed was a famous actress who was age-appropriate with a wide range of potential and a great sense of mystery that only Liz can manage with her expertise.

“The part is complicated, and the heroine she portrays brings secrets from the past which will haunt her”.

The film targets a mixed teen audience and viewers above the age of 20+.

The filming was done in Latvia and Germany (specifically in actual Hamelin) and is in post-production in London, Hamburg and Moscow.

“The film budget is respectable for the international independent film industry.

“At this stage, we are perfecting the graphics, the colour grading is underway, recording music etc.”

According to Fetisov, audiences can expect to watch The Piper in cinemas later this year.

The main activity of Fetisov Illusion – Europe is the production of TV series and movies, whilst their goal is to be actively present in the global film industry and expand their productions.