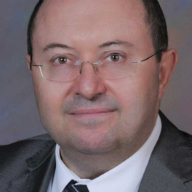 Two entrepreneurs – one in Cyprus, the other in the US – have proposed the Energy Coin, an asset-backed crypto-currency to allow the pre-sale of the island's natural gas.

The assets in this case are hydrocarbons. Daniel Hadjittofi and Nikos Bentenitis propose that either the central government or a governmental agency issue Energy Coins to pre-sell natural gas.

An Energy Coin should be backed by one asset or by a promise to the profits from an operation. The issuer may decide to do oneor both, explained via email Bentenitis, who is Chair of the Education Committee of the Bitcoin Foundation.

“The Energy Coin will allow its issuer to attract world-wide investment from individuals of all financial levels. The issuance of Energy Coin by a cryptographic will also attract a significantly larger audience than an issuance through traditional means, since it would be on most news outlets in the world.” He argues that the greater the gravitas of the organisation that issues it, the greater chance of it being successful.

Weighs in Hadjittofi: “If bitcoin, hounded as it is by governments across the globe, has held its own and is going for $500, imagine what value a crypto-currency can attain with government backing.”

The Cyprus Mail met up in Nicosia with Hadjittofi, a financial analyst and former longtime Executive Director of the Cyprus Fulbright Commission. He says a finite amount of Energy Coins would be issued. The issuer sets the starting price and – given that the supply of the coins is fixed – demand would determine the value subsequently.

And according to Bentenitis, market prices would establish a minimum price for the Energy Coin corresponding to the amount of natural gas that the coin is backed from, whereas the maximum price would be subject to speculation. In any case, he says, the issuer would be able to fundraise internationally and extremely fast. Naturally, the issuer would have to back the Energy Coin for those who’d want to redeem it. And if the issuer has kept a certain amount of Energy Coins (pre-mined them) it will have more funds for its operations.

Bentenitis, currently based in Austin, Texas, says the issuer can only exchange Energy Coins with the amount of, say, natural gas that it has promised. In the secondary market, people would be able to exchange it for whatever assets they prefer: bitcoins, litecoins, or euros if the operation of such an exchange were allowed.

“Energy Coins could be used to finance the government, pay civil servants’ salaries etc.,” offers Hadjittofi. But isn’t this eerily reminiscent of Giorgos Lillikas’ earlier suggestion to pre-sell gas? Hadjittofi concedes the point, but adds that their proposal is an improvement. “Lillikas was talking about pre-selling gas reserves by issuing shares or options. Our proposal is different, because with Energy Coin you’d pre-sell what gas you expect to find. Think of it as an IOU or a coupon. You can pre-sell globally, as opposed to making contracts to sell gas to, say, the Chinese. Because that way, if there’s no gas at the end of the day, what do you do then? But we do know that the gas is out there. If you take the extreme case where no gas is monetised, I believe Energy Coin will still have value because of the confidence around it. That is to say, it will be backed, recognised, by a national government.”

He goes on, the changing pitch in his voice revealing his enthusiasm: “We don’t know yet how much revenues the gas will yield. However the government might decide that the revenues will be as much as it needs to pay off the troika – say €10bn. The government then makes an announcement that it will issue one billion Energy Coins at €10 a pop. At the end of each year, once the natural gas starts flowing, holders of the coins will get dividends until the gas runs out.”

Bentenitis points out that Energy Coin would be different to Iceland’s AuroraCoin. For one thing, strictly speaking it won’t be a national crypto-currency for Cyprus. And from a technical standpoint, he says, Energy Coin could be issued immediately.

“The time-determiningstep would be the amount of time that it will take to educate the issuer. Crypto-currencies are brand new technologies and Energy Coin is quite new, so the stakeholders involved would have to be informed and educated so that they understand all the features and benefits of Energy Coin.”

Hadjittofi in turn is quick to stress that a legal framework would need to be built around the crypto-currency. Moreover, to avoid pump-and-dump schemes, Energy Coin should preferably be issued by a third party independent of the executive branch – such as a quango- tasked with enforcing the rules of the game.

The duo says their crypto spiel has been in the works for several months, and believes it holds “tremendous potential”. Bentenitis assures the Cyprus Mail this isn’t an idea simply floating in the ether. They’ve already discussed it with software developers. Though declining to name them, he says there are several technologies (“more than four”) that could be used to issue Energy Coin.

Hadjittofi meanwhile is aware that various politicians in Cyprus have heard about Energy Coin, but admits there hasn’t been any feedback yet. It was Phileleftheros who first ran the Energy Coin story, earlier this year. Hadjittofi was subsequently invited to a CyBC news show, where he was the lone voice arguing the merits of bitcoin – primarily its scarcity and utility.

But he shrugs off the notion that he’s ‘the bitcoin guy’ in the Cyprus space. “I’m no bitcoin diehard,” he tells the Mail. He’s never owned any bitcoins, though he wishes he had bought some in the early days when they were going for as little as $5. “Look, bitcoin is growing on me because of the dangerous route that fiat money is taking,” he says alluding to the global debt crisis and central banks’ wild money printing. “I’m afraid that very soon fiat will lead us to a terrible crash, and people will have no recourse except gold and some of these crypto-currencies. I like bitcoin because I see it as an alternative to the way economists are handling paper money.”