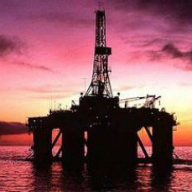 Energy developments on the horizon for FM Kasoulides Israel visit

Crucial developments are expected on the lucrative energy front over the coming months as Foreign Minister Ioannis Kasoulides is due to visit Tel Aviv before travelling to Ramallah the following day.

Talks with the Israelis will focus on cooperation on energy matters, the mutual exploitation of resources, energy security and wider developments in the sector. Israel has discovered huge reserves of natural gas off its shores and Cyprus is eager to exploit its own untapped wealth. The two governments are negotiating a series of agreements that will put them firmly on the energy map. Details of their cooperation will be announced shortly but not during Kasoulides’ visit. Preparations for Israeli Prime Minister Benjamin Netanyahu’s visit to Cyprus by June will also be discussed.

A memorandum of cooperation has been signed with the Palestinians while the energy sector will figure high on the agenda. Nicosia also has an open line with Beirut and Cairo as companies prepare to carry out seismic tests while US firm Noble eyes new drills in block 12. But there is a tricky balancing act to maintain in the region. There are many difficulties and interests involved including some governments and companies pushing for natural gas to be transferred through Turkey but Cyprus has made clear that it will not discuss any scenario other than the construction of an LNG plant at Vasiliko.