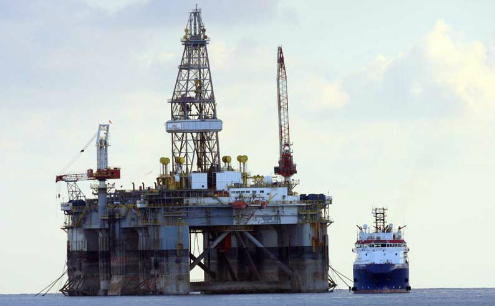 Cypriot officials discuss the government’s energy plans with the troika of international lenders, with a special focus on the discovery of natural gas in Cypriot waters.

Asked who is calling the shots on the country’s energy plans, Chimonas said the government makes the decisions. “Our international lenders want to be briefed on our plans for natural gas,” he said. Meanwhile the head of the Cyprus National Hydrocarbons Company Charles Ellinas told Bloomberg that French energy major Total is interested in buying rights in Block 12 from Noble Energy and its Israeli partners.

The news was confirmed later in the day by energy and trade minister George Lakkotrypis, who said Total was interested in acquiring a 30% stake in the prospect. Total already holds licenses for Blocks 10 and 11. Noble is currently conducting follow-up drilling in Block 12 to confirm gas reserve estimates there of between 5 and 8 trillion cubic feet. Cyprus is in the meantime looking to import limited quantities of natural gas for the short term until its own reserves come on tap. Negotiations between DEFA and the preferred bidder are continuing, with the energy minister hinting yesterday the price of gas was the sticking point.