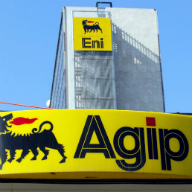 ENI delegation due in Cyprus

A delegation from Italian energy company ENI, headed by its CEO Claudio Descalzi arrives in Cyprus on September 10, 2015 to meet President Nicos Anastasiades.

According to an official press release, the meeting will be attended by Energy Minister Giorgos Lakkotrypis.

Eni announced at the end of August that it had found an estimated 30 trillion cubic feet (tcf) of gas in Egypt’s Zohr field, making it the biggest discovery inthe Mediterranean and the world’s 20th largest.

Despite the discovery, and Cyprus’s plans to sell gas to Egypt from its own fields, talks aimed at a framework deal are on going with Cairo.

Meanwhile, in mid August the cabinet authorised the energy minister to negotiate a two-year extension with Italian and South Korean consortium ENI-KOGAS’ which has a licence to explore for hydrocarbons on Cyprus’ exclusive economic zone (EEZ).

The company had asked for an extension earlier in the year, and the state had been trying to find the proper legal framework to satisfy the request. ENI-KOGAS wanted two years to re-evaluate geological model after it twice failed to find exploitable hydrocarbons in Cyprus’ Block 9. The company had asked for an extension until February 2018 to reassess the energy potential in the East Levant where they operate.