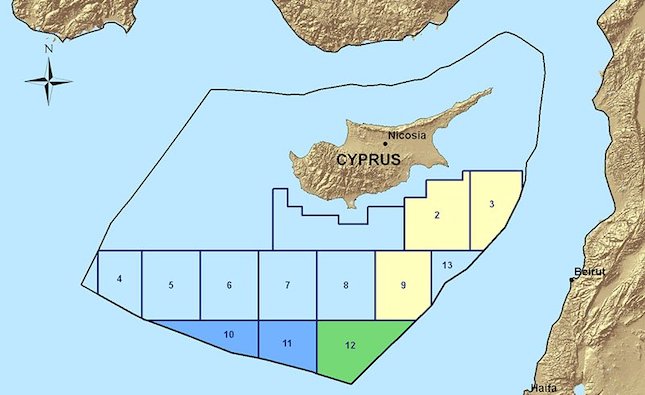 A large natural gas deposit has been discovered by ENI/Total in block six of Cyprus’ EEZ, daily Alithia and state broadcaster Cybc reported on Friday, but the energy ministry later stated drilling at the block is still in progress.

The initial report added that an official announcement is expected once more work has been carried out, while there are positive indications that there may be more deposits nearby.

Soon after the reports emerged, Foreign Minister Ioannis Kasoulides warned that: “Block six is one of the seven locations which Turkey has decided to carry out illegal drillings.”

Kasoulides told radio Trito he hopes the positive developments on new deposits will not be impacted by the Abdulhamid Han, Turkey’s newest drillship.

The minister further stated that there are procedures when new deposits are located namely that the energy ministry is informed first and the company issues its announcement soon after.

However – later on Friday morning the energy ministry said that the ‘Cronos-1’ drilling works are underway but there is nothing to announce at present.

It added that the scheduled drilling operation is expected to be completed within the coming weeks, as the ministry reiterated that works began on May 23.

Just last week, Energy Minister Natasa Pilides said drilling was being carried out in block six by ENI/Total, which was progressing at a satisfactory pace. She told the World Conference of Cyprus Diaspora that those works were expected to be completed within two to three weeks, also expressing the hope that there would be positive results.