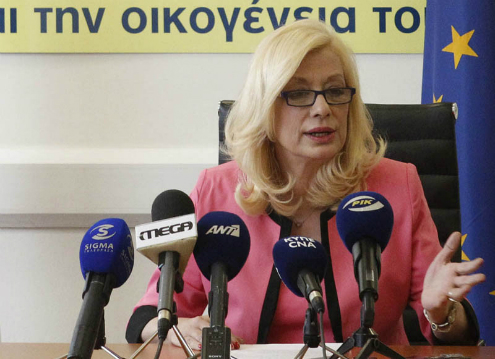 Enough funds have been ensured to guarantee minimum income

Labour Minister Zeta Emilianides says enough funds have been set aside to ensure the guaranteed minimum income, expected to enter into force in July 2014.

Announcing the measure back in July, President Nicos Anastasiades said it aimed at guaranteeing that everyone had an income sufficient to live on, provided they met certain conditions. “Our duty now is to help our unemployed fellow citizens any way we can,” Emilianides said. She said the scheme will apply to all groups of people, unemployed, self-employed and low-income pensioners, so that they could live with dignity.

Asked about rising unemployment, the minister noted government efforts either to retain jobs or help businesses hire. The problem will be effectively tackled though development and job-creation, Emilianides said. She added that according to projections, unemployment will continue to rise throughout 2014, but noted however that “we are optimistic that better days will come”.

Theminister also said that an actuarial study, accepted by the Troika of international lenders, showed the social insurance fund is sustainable until 2060