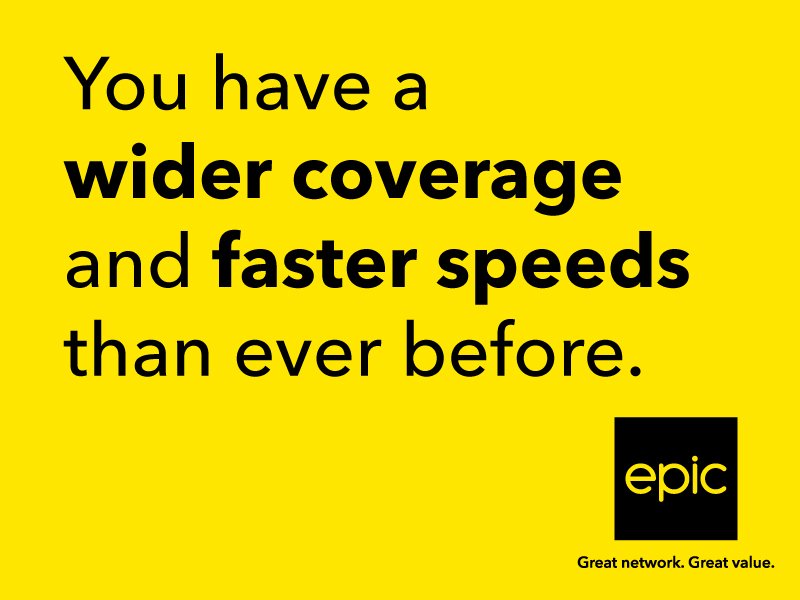 Fulfilling its promise for a great network and great value, epic marks a rapid percentage increase in the company’s coverage and speeds, compared to 2018.

As the company’s investment plan to develop and upgrade its network, which exceeds €40 million, is being swiftly implemented, the results are already visible. Within one year:

Now the company’s subscribers enjoy an epic communication experience, doing what they love the most, better, faster and in more locations.