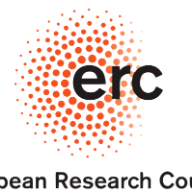 The European Research Council (ERC) has selected 312 top scientists in its first Consolidator Grant competition, among them the young Cypriot scientist Dr Constantinos Skordis, based at Nottingham University.

The ERC said this new funding will enable the researchers to consolidate their own teams and to further develop their best ideas. Projects selected include: using a geochemical clock to predict volcanic eruptions, exploring the effects of Dark Matter and Dark Energy on gravitational theory, checking responsibility, liability and risk in situations where tasks are delegated to intelligent systems, and investigating the role of genetic and environmental factors in embryo brain wiring.

Skordis’ project, TheMoDS, earmarked for a €1.2m grant, tests the assumptions of the governing theory of gravity, Einstein’s General Relativity, asking whether it holds all the answers. Skordis will likely work with both the University of Cyprus and Nottingham during the project. Skordisand his team are exploring the effects of the Dark Sector and gravity on the evolution of the cosmos. The Dark Sector is made up of Dark Matter and Dark Energy. This ERC-funded research aims to test current paradigms further, and in the process to revise our knowledge of the Dark Sector.

Specifically, the TheMoDS project will work towards a more accurate assessment of Dark Matter and Dark Energy and attempt nothing less than a testing of gravitational theories against cosmological evidence. Total funding in this round is €575m, with an average awarded grant of €1.84m, up to a maximum of €2.75m. In this call, grants are awarded to researchers of 33 different nationalities, hosted in institutions located in 21 different countries throughout Europe, with nine of them hosting five grantees or more. In terms of host institutions, the UK (62 grants), Germany (43) and France (42) are in the lead.