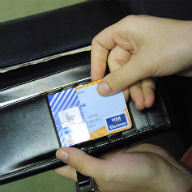 The European Commission has launched an information campaign on consumer credit in Cyprus, to raise awareness amongst young adults of their rights before they sign a credit agreement.

Using the slogan, ‘Need credit? Don’t just sign. You have rights’, the EC campaign stems from the Consumer Credit Directive (CCD) which came into force in June 2010 and which applies to credit between €250 and €75,000 and targets young adults, aged between 18 and 35.

Neven Mimica, European Commissioner for Consumer Policy said the choices consumers make regarding financial services can have a great impact on their lives. “We want to empower consumers to choose the right credit product and avoid debt, but to achieve this we first need to make them aware of their rights,” Mimica said.

A recent survey showed that about 35% of Cypriot consumers took out credit in the past two years. However, about 70% did not feel informed about their credit rights and 50% did not feel confident enough to choose the right product for them. Also, around six in ten respondents considered it time-consuming and difficult to compare credit offers by shopping around. Given the lack of awareness over rights emanating from the CCD, the European Commission launched an information campaign on consumer credit in Cyprus, which will also run in Malta, Ireland and Spain until February 2014.

The CCD aims to harmonise laws, regulations and administrative provisions of member states covering consumer credit to facilitate cross-border services, increase transparency and improve consumer protection. It applies to most credit agreements but not all, such as those secured by a mortgage or concluded for the purchase of immoveable property.

The Directive provides that information on a credit agreement must be standardised and comprehensible, and given in good time before the contract is concluded to enhance the comparability of different offers. It also foresees two essential rights for consumers: they are allowed to withdraw from the credit agreement without giving any reason within a period of 14 days after the contact’s conclusion. They also have the possibility to repay their credit early at any time, while the creditor can ask for a fair and objectively justified compensation.