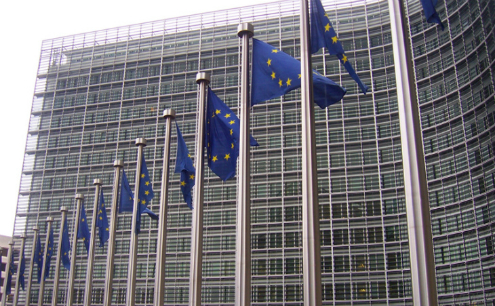 The European Commission has again asked Cyprus to reduce the non-performing loans in the banking system, overhaul its public service, its judicial system, reform its economy, education system and healthcare by 2019.

The European Commission was commenting recently in a statement outlining its country specific recommendations in response to the submission of the government’s stability programme last month.

“Cyprus whose banking system is struggling with a mountain of non-performing loans which account almost half of the banks’ overall loan portfolio, should take measures to fully operationalise the insolvency and foreclosure frameworks and ensure reliable and swift systems for the issuance of title deeds and the transfer of immovable property rights,” the Commission said.

In addition, the island should do more to help reduce the non-performing loans stock in the system at a faster pace by amending legislation to allow “for the effective enforcement of claims and facilitating the sale of loans” and “integrate and strengthen the supervision of insurance companies and pension funds,” it said.

In its stability programme, the government said that it intended to reduce the amount of delinquent loans in the banking system by around €8bn by the end of the year from currently around €22bn. To do this, the government considered legislative changes to tackle strategic default and overhaul the foreclosure and insolvency framework, introduce a scheme to help vulnerable social groups whose ability to repay their mortgages was affected by the crisis, and the sale of the Cyprus Cooperative Bank, a process already underway.

The island should also “adopt key legislative reforms to improve efficiency in the public sector, in particular as regards the functioning of the public administration and the governance of state-owned entities and local governments,” the Commission said, one-and-a-half years after an attempt to modernise the civil service based on proposals put forward by Minister of Interior Constantinos Petrides failed to gain a majority in the parliament.

The Commission also reminded Cyprus of the need to relaunch its privatisation programme, which also failed to gain a majority in the parliament in early 2016, and to improve the performance of state-owned companies.

The island should “prioritise the implementation of key elements of the action plan for growth, in particular fast-tracking strategic investments, and take additional measures to improve access to finance for small and medium-sized enterprises,” it said.

Furthermore, the European Commission recommended that Cyprus, which is struggling with a youth unemployment rate of almost 23%, to carry out reforms that will help the employment prospects of young persons with improved schools and vocational training.

The island should “complete reforms aimed at increasing the capacity and effectiveness of the public employment services and reinforce outreach and activation support for young people who are not in employment education or training,” it said.

The Commission recommended that Cyprus should also reform its education and training system by finally introducing the evaluation of teachers.

Lastly, the EU Commission said that the island should ensure that the national health system which was passed into law last year, should become fully operational in two years and to make the judicial system more efficient “by revising civil procedures, increasing the specialisation of courts and setting up a fully operational e-justice system”.