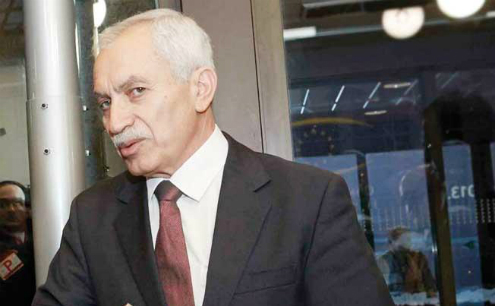 Cyprus yesterday briefed its eurozone counterparts on the progress of an adjustment programme but no decision was expected on the financial assistance programme pending the total amount needed for bank recapitalisation.

At the same time, it was certain that Cyprus’ partners would turn up the heat concerning financial transparency matters, which they see as key before agreeing to a bailout, given their statements before the meeting.

“We do not have all necessary data in order to make a decision,” said French Finance Minister Pierre Moscovici before the Eurogroup meeting. He added that ministers will review the matter in depth at a later date.

He was echoed by his German counterpart, Wolfgang Schaeuble.

Rescue rules require there to be “a danger for the stability of the eurozone as a whole,” Schaeuble told reporters as he arrived at the meeting. “This has to be met. We will see.

The German minister did not think the group would come to a decision on Cyprus in a short time.

“I also don't think that's necessary. In any case, the relevant institutions have to make their statements and the preconditions have to be fulfilled or we can't decide."

Evaluating bank capital needs is crucial to determining how much Cyprus should receive in badly needed financial aid.

On Saturday, the Central Bank said the assessment of technical details for the calculation of the banks’ capital needs was still in progress.

That however, would not be the only obstacle in Cyprus’ way to a bailout, which is not expected before February’s presidential elections.

In the past couple of weeks, a number of lawmakers from Germany's parliament and government officials, have voiced concerns about a rescue for Cyprus, suggesting European taxpayer money would be effectively bailing out Russian tax evaders. “Suspicion arises -- and it’s plain to see -- because Russian investment in Cyprus is so high and at the same time Cypriot investment in Russia is high,” Schaeuble said yesterday on Germany’s ARD television 2+Leif program. “You may ask why Cyprus is the second-largest foreign investor in Russia and we need clear answers tothat.”

“On our part we have done everything requested both in terms of legislation and in terms of implementation,” Finance Minister Vassos Shiarly told reporters before the Eurogroup meeting yesterday.

“We will inform our partners on what we have done so far and as you know we have fully fulfilled and have responded to what is provided for in the memorandum both as regards the public sector and the structural reforms as well as the financial sector,” Shiarly added.

Cyprus applied for a bailout late in June last year.

Bailout talks have been complicated by concerns the potential bill could equal the island's €17.5 billion annual economic output, making it difficult to pay off.

A draft memorandum concluded between Cyprus and lenders late last year provisionally assessed bank needs as up to €10 billion, though officials expect eventual needs to be less. Fiscal requirements until 2016 are between 7 and €7.5 billion.

A high bill would force Cyprus to privatise public companies in a bid to cut its public debt to sustainable levels.

Schaeuble said yesterday it appeared impossible to reach agreement with President Demetris Christofias, given his  opposition to privatising state-owned bodies.
Deutsche Bank has said it expected an agreement on Cyprus’ bailout in March, after the new government takes over.

“In terms of timing, a demand for privatisation is very likely to delay agreement until after the February Cypriot presidential elections,” the bank said in a report. “A new government would have the chance to refresh the negotiations and a deal could then be finalised by the end of March.”

The bank expected a pro-bailout centre-right government to emerge after the elections.

It said that a solution involving firmer privatisation commitments will likely be agreed but given the likely delicacy of assumptions this may need to be revised at a later date.

“For this, conditional terms could be included. For example, greater commitment of future gas revenues by Cyprus and direct recapitalisation by the ESM in the event of higher than expected debt to GDP,” the Deutsche Bank report said.