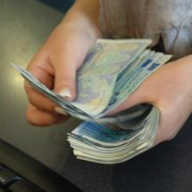 Dealing with the high level of bad loans is a priority for Cyprus as it moves to restore financial sector stability, says the European Commission.

Recent Central Bank figures show non-performing loans (NPLs) soared to a shocking €26.5 billion at the end of January, equivalent to 40.85% of the loan portfolio of commercial banks and 47.4% of co-ops.

Brussels’ call is contained in a report following the third review of Nicosia’s economic adjustment programme earlier this year. It comes a day after the International Monetary Fund said increasing NPLs remained one of the economy’s biggest challenges despite signs of stabilisation in the banking sector.

The Commission said there has been further progress toward the restructuring of the financial sector. “Dealing with the high level of non-performing loans is now a priority,” it said.  Challenges remain, notably relating to the need to clean up banks’ balance sheets and reduce private sector indebtedness, it added. Another priority is introducing a guaranteed minimum income scheme, so as to provide adequate social protection for vulnerable households during the current downturn, it said.