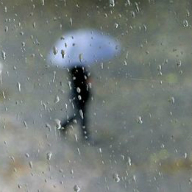 Cyprus maintains that the particular characteristics of island states should be taken into consideration by the EU in the context of policies on climate change and energy costs.

Addressing an EU Council on the two matters, Permanent Secretary of the Ministry of Energy, Commerce, Industry and Tourism Stelios Himonas called on the Greek EU Council Presidency to include in its message to the European Council President Herman Van Rompuy the need to take into consideration island states’ particular characteristics such as energy isolation, small size and consequent economic loss. “We wish to inform you that, due to natural obstacles, it will be difficult for Cyprus to meet the objectives of a new package on climate change in a manner that other member states do,” he said.

Referring to energy prices, he noted that it constitutes a core political problem for the EU and stressed that in Cyprus, both households and industry are faced with probably the highest electricity cost in the Union. The impact is negative on the country, both on society and on the economy, and affects the island state’s competitiveness, he explained.

In this context, Himonas said that Cyprus’ particular characteristics call for a special policy. All aspects of the problem can be dealt with effectively only if Cyprus participates in a comprehensive, well functioning and fully inter-connected common energy market. This, he added, would mean that Cypriot households and industry can be treated in an equal manner as all other European consumers. On the sidelines of the Council, Himonas met with Maltese Minister of Energy Konrad Mizzi and the EU’s Energy Director General Dominique Ristori.