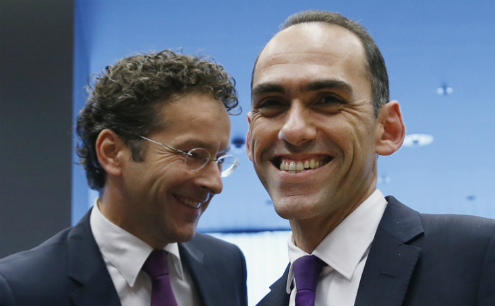 Cyprus' next bailout tranche to be approved

Eurozone finance ministers are set to approve the disbursement of the next tranche of bailout loans for Cyprus after the country met the remaining two conditions for the payout.

According to a document prepared for the meeting, to get the €350 million tranche from the European Stability Mechanism — the eurozone bailout fund — Nicosia had to amend laws on foreclosures and forced sales of mortgaged property in line with a deal with its international lenders.

It was not immediately known whether the International Monetary Fund will also release its share — a further €86 million.

“The programme partners find that Cyprus has complied with the conditions for a positive conclusion of the fifth review,” the document said, adding that the disbursement would be recommended so long as this situation remained unchanged.