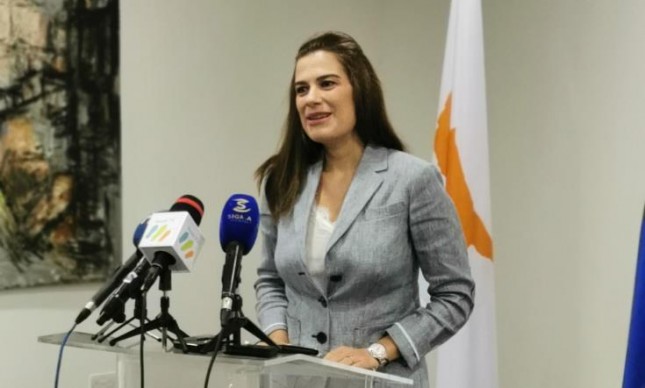 The EuroAsia Interconnector electricity cable, investing in research and innovation in energy storage are two key factors that will help Cyprus achieve its climate targets of emission reduction.

This is what Energy Minister Natasa Pilides told an informal EU ministers meeting on Tuesday.

She told the Energy Council, “Cyprus is ready to contribute to effective decarbonisation policies and to the formulation of a smart energy sector integration strategy in line with EU climate targets for 2030 and 2050.”

In a statement after the meeting, Pilides added, it is important for Cyprus to achieve the national targets with a positive impact on the European energy market.

“First, with the EuroAsia Interconnector project of common interest that is funded by the EU and provides for the electricity interconnection of Cyprus, Israel and Greece.

“Second, is to reinforce research and innovation in critical technology sectors, such as energy storage.”

The Cypriot minister said another important aspect to achieve is the funding of projects and the readiness of financial institutions to participate in lending to projects of varying technologies that promote green economic growth.

The informal Energy Council, held via teleconference, reviewed national targets in energy and climate, as well as the European approach to achieving energy targets by 2030 and 2050.

Pilides reiterated Cyprus’ commitment to strict implementation of the national policy on energy and climate but argued the European Commission must also consider the impact studies of each member state separately.

The difficulties that some regions face are of a geographic, environmental, and social nature, such as the island states with isolated energy systems.

Regarded as an ‘energy highway’, the EuroAsia Interconnector is proceeding according to plan to complete the project of common interest (PCI) by December 2023.

It will allow the flow of 1,000MW of electricity from Israel to Europe, via Cyprus, Crete, and Greece, generated from clean energy resources and renewables, such as solar parks and wind farms.

The project has already secured building permits to build a converter station in Cyprus which it has concluded with energy giant Siemens.

The cost of the entire subsea cable system, at 1,208km the longest in the world and the deepest at 3,000m below sea level, is estimated at €2.5 billion.

The second phase of the project will see capacity double to 2,000MW.