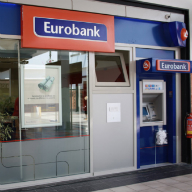 Eurobank Cyprus Ltd, the wholly-owned subsidiary of one of the big four banks in Greece, recorded a 10% rise in profits to €38.6 mln in 2014, up from €35 mln the previous year, defying the negative economic climate in both countries.

Considered a merchant bank that focuses on international business, wealth management, large corporate and capital markets, Eurobank Cyprus enjoyed a 34% rise in deposits to €3.31 billion (1H 2014: €2.83 billion), with its capital surplus at over €2 billion. This helped maintain a healthy-loans to deposits ratio of 28% and capital adequacy ratio of 20%.

On the issue of bad loans,the scourge of the Cyprus banking system where non-performing loans account for about 50% of the national loans book, Eurobank Cyprus’ NPL ratio was at an enviable 7.2%.

The bank also maintained its expenditure under control, with its cost to income ratio at 24%.

Established in 2007, Eurobank Cyprus said in an announcement that it is confident of the future, based on the improving climate and fiscal economics in Cyprus and that with its strong capital base and liquidity, it will continue to support viable business ventures and development opportunities that will ultimately help create more jobs and growth.