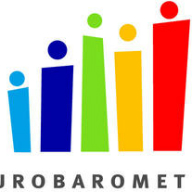 Cypriots display a lack of trust towards European and national institutions, according to the latest Eurobarometer survey, giving the first place of their mistrust to political parties, with 91%.

Trust towards the media is also low, while unemployment and the economic condition of Cyprus are the main considerations of Cypriots polled. The overwhelming majority, 97%, say the present condition of the Cypriot economy is bad, which is the highest percentage among the 28 EU member states, after Greece (98%), and much higher than the EU average (68%). 56% of Cypriots also note that their country would handle better its future outside the EU, with 40% disagreeing.

The survey was conducted between November 2 and 17, 2013 in a sample of 1,000 people, divided equally between residents of the free areas of Cyprus and theTurkish-occupied parts of the island. Its findings were presented recently, at the EU House, in Nicosia, in the presence of the Head of the European Commission Representation in Cyprus, Giorgos Markopouliotis. According to the survey, 78% of Cypriots say the present condition of Europe’s economy is bad, while 72% say the economic condition in Cyprus will worsen. Half of the respondents expect the financial condition of their household to worsen as well. 69% say they are satisfied with their lives, while 92% note that employment conditions in Cyprus are bad. Only 11% think the impact of the crisis on jobs has reached its peak, while 87% say the worst hasn’t happened yet.

Unemployment tops Cypriot’s concerns with 77%, followed by the country’s economic condition with 74%. A percentage of 77% agree that the EU is responsible for austerity in Europe, while 78% disagree that the Union contributes to a better life quality. Moreover, 85% of those polled note that Cyprus’ interests are not taken into account within the EU. Cypriots say moreover that the EU is in a better place to deal with the financial and economic crisis (24%), followed by the government with 18% and the IMF with 15%. Almost everybody (99%) says the country needs reforms, while 87% say measures to reduce Cyprus’ public deficit can’t be delayed any further.

Concerning people’s trust towards European, national and local institutions, the Eurobarometer shows that 91% of Cypriots have no trust towards political parties, 77% do not trust the Parliament, 75% the EU, 74% the United Nations, 68% the government and 58% the local authorities. Moreover, 56% say they do not trust the Press, 54% the TV, 50% the radio, while 41% say the trust more the internet.

The survey shows moreover that Turkish Cypriots, living in the Turkish-occupied areas of Cyprus, think in their overwhelming majority that the economic condition is bad (80%), with 46% expecting things to get worse in the coming 12 months. The economic situation and unemployment are among the main concerns of Turkish Cypriots. 49% say they are satisfied with their lives, while 57% tend to trust the EU.

Head of European Commission Representation in Cyprus, Giorgos Markopouliotis noted the importance of the survey vis-à-vis the European Parliament elections next May and subsequent changes in the composition of the European Commission. He said that according to the findings, people show lack of trust and are pessimistic on the one hand, but think that the EU is in a better position to tackle the crisis on the other. He called finally on people to vote in the next EP elections.