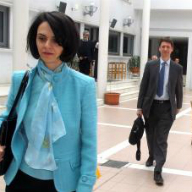 Eurogroup expected to approve next bailout tranche for Cyprus

A high-ranking Eurozone official said recently that the Eurogroup will approve the next tranche of funding for Cyprus, which will be disbursed in July 2014, during its upcoming meeting Luxembourg.

The official noted that Cyprus’ rescue program fourth assessment was pretty clear, the program is on track and the implementation is “very, very good”. He noted however that there are still challenges, namely non-performing loans.

The Eurogroup, he added, is expected to approve next tranche of €600 million at the beginning of July. Another €100 million will be paid out by the IMF, which will follow its own procedures.

He also said that all capital restrictions have been lifted in Cyprus, despite press reviews that this would have taken some time.

Cyprus received a €10 billion bailout from lenders in March 2013 and is following a three-year economic adjustment programme.