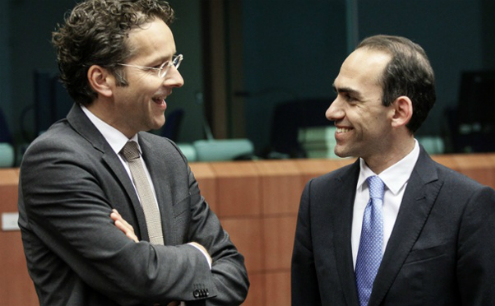 The Eurogroup has approved disbursement of €1.5 billion to Cyprus and warns that timely policy implementation is essential due to uncertain short-term economic outlook.

The Eurogroup has approved the disbursement of €1.5 billion to Cyprus, as it warned that full and timely policy implementation was essential due to the uncertain short-term economic outlook.

“The Cypriot authorities have taken decisive steps to stabilise the financial sector, meet the fiscal targets and taken structural reforms forward,” a Eurogroup statement said. “Because the short-run economic outlook remains difficult and subject to considerable uncertainty, continued full and timely policy implementation remains essential for the success of the programme. ”The cash, the second tranche of a €10 billion bailout agreed in March, will be used to recapitalise the island’s co-operative banks.

It is expected to be received by the end of the month, after the European Stability Mechanism governing bodies and the International Monetary Fund  give their formal approval. The group welcomed the fact that Bank of Cyprus (BoC) came out of administration in July, and welcomed that remaining challenges in the financial sector were being addressed.

“Cypriot authorities have notably taken further action to reform the cooperative credit institutions sector and have set out a clear agenda to restructure and recapitalize other financial institutions.” The Eurogroup also gave the thumbs up to the “effective action towards correcting the excessive deficit by 2016.”

Cyprus was on the brink of economic collapse in March as it debated onerous terms of a bailout with international lenders from the EU and the IMF. The island had to close its secondbiggest bank, Laiki, with large depositors seeing amounts exceeding €100,000 seized and what remained was merged with BoC. Almost half of deposits over €100,000 in BoC were also seized to recapitalise the stricken lender. Equity was given in return.