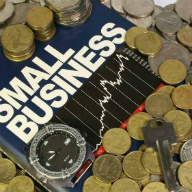 The financial crisis in Cyprus has led to a drastic decrease in the volume of business of local Small and Medium Enterprises (SMEs) and the primary concern of local SMEs during 2013 was to survive, according to the European Commission Annual Report on European SMEs.

According to the report, during the 2013 recession in Cyprus, negative growth rates were recorded mainly in the construction, manufacturing, banking, transport, trade and other service sectors.
Unemployment, which had reached 16% by the end of 2013, is expected to continue to increase (compared to 7.9% in 2011 and 11.8 % in 2012). The increase in unemployment was accompanied by severe losses of disposable income and a sharp decline in the spending power of the unemployed.

“This led to a drastic decrease in the volume of business of local SMEs. The contraction of real GDP increased to 6% in 2013. The primary concern of local SMEs was therefore to survive during 2013,” the report noted.

According to the data released, employment in SMEs (-7%) and their added value (-9%) decreased significantly, bringing SMEs’ overall losses in employment and added value between 2010 and 2013 to -13% and -14% respectively.

“As a result of what happened last year, many local SMEs in the construction and retail sectors closed down or saw their volume of business drastically decrease. On top of job losses of 29%, SMEs in construction continued to accumulate losses, amounting to an overall 59% decline in added value between 2010 and 2013,” it is noted.

Furthermore the report said that “in these difficult circumstances, the government tried mostly to takemeasures to help local SMEs survive and foster a competitive business environment.”

“Some measures announced in previous years were further delayed to give way to higher priorities. As a result, most of the measures implemented in 2013 focused on helping SMEs access external financing, grants or bank guarantees,” the report added.