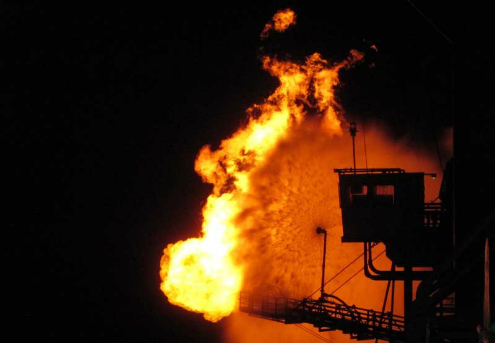 Evaluating the risks of natural gas

MIT researchers have warned Cyprus to think carefully before investing a substantial amount of money in a rather unpredictable resource like natural gas, noting the “large amount of uncertainty” surrounding the rapidly changing global gas market.

In a recent study, researchers from the Massachusetts Institute of Technology warned small countries to proceed with caution after weighing their natural gas development options and economic risks, using Cyprus as a case study. “While natural gas is often cheaper than oil and gives off fewer emissions, developing the resource comes with risks, especially for smaller nations,” says Sergey Paltsev, an author of the study and a principal research scientist at the MIT Energy Initiative. “The cost for these smaller nations makes up a larger portion of their economies, so before spending the money, they need to have the proper expectations.”

In collaboration with the Cyprus Institute, the MIT researchers took an independent look at the economics around developing the resource. They found that it will take Cyprus about five years to put its natural gas resource to use, and the required investments will make up to a quarter of the country’s Gross Domestic Product (GDP). “That’s a substantial amount of a country’s economy dependent on a resource that has proven to be unpredictable in the past,” says Paltsev. “Natural gas development is so new to such regions, and the global gas market is changing so rapidly, that there’s a large amount of uncertainty.” This is the message the researchers will bring to a November meeting with Cyprus decision-makers, meant to help the leaders plan a path forward with realistic expectations in mind. What’s happening in Cyprus is a good model for other countries like it that are exploring natural gas, according to Paltsev.

While the country groans under the weight of the memorandum signed with the troika, political leaders have made no secret of the fact they see natural gas as Cyprus’ salvation. Noble recently downwardly revised its estimate of gas in its Aphrodite field in Block 12 of Cyprus’ exclusive economic zone to 5 trillion cubic feet (tcf). To put that into context, the researchers cite a 2013 BP report showing the global supply of natural gas to be about 6,600 tcf, with Russia’s reserves alone being 1,160 tcf. “These numbers tell us that while this is a significant find for a country the size of Cyprus, it’s only a small fraction of the global resources,” says Francis O’Sullivan, director of research for the MIT Energy Initiative. “Most likely, Cyprus will never be a major player in the global gas markets, but that doesn’t mean natural gas can’t benefit the country’s economy if developed properly.”

The study shows that Cyprus has enough natural gas to power the country for nearly a century – while significantly reducing its use of foreign oil. The government’s preferred option to build a Liquefied Natural Gas (LNG) plant over a pipeline is described as a “clear political manoeuvre” due to political tensions in the area, but which would also create jobs and raise revenue.

Depending on the tax scheme, it may raise over €1 billion in taxes, though building the LNG plant would cost about a quarter of the country’s GDP, far more than the cost of building a pipeline. The study notes, however, that LNG offers greater flexibility to adjust production to changing natural gas prices and market supplies – perhaps outweighing the upfront costs. “The discovery of natural gas has created exciting opportunities for Cyprus and could transform the country’s energy system and position in the region,” O’Sullivan says. However the cost is not insignificant, “and it’s a major risk if it fails”.

O’Sullivan and Paltsev warn that even projects that start out having clear economic gains can become less profitable because of poor technical planning and execution or bureaucratic and regulatory delays. “Prices change, projects get delayed, overrun costs pile up. These are all unforeseen risks that can come up and must be properly mitigated,” Paltsev says.

The study was funded entirely by the Cyprus Research Promotion Foundation.