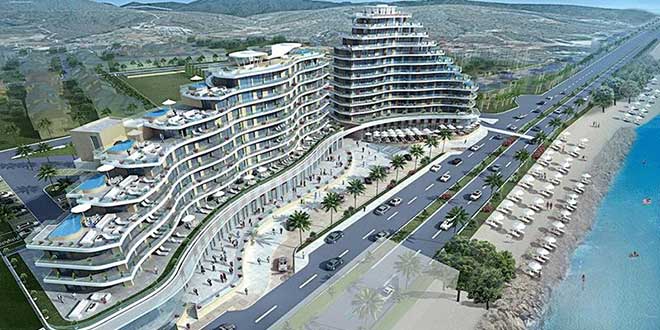 There appears to be increasing interest in alternative Cyprus investments with real estate demand from wealthy buyers active, and ranging from the acquisition of top quality houses to office buildings (as an investment, for income), and so forth.

Other investors (mainly from overseas), are looking over the island in consideration of another type of investment, such as hotels, with the preference being for top quality, and having rather positive prospects, given the tourist industry is improving.

Such demand is expected to become more evident during the year 2017-18, with hotel investments showing a return of around 10% on the cost/value.

At the same time, hotel owners are willing to sell their property and lease it back for a period of 10-15 years with a “guaranteed” income of 6%-8% on average.

If the hotel is of a good quality, and bearing in mind the expected increase in value in the future and depending on the deal, this is not a bad return, considering that deposits abroad are around 1% p.a. and we’re talking about money deposits which, who knows when and if they will have a “haircut” like Cyprus imposed (see, in this regard, Italy).

We even have an enquiry for a sea fish farm and another from a multi-functional restaurant (i.e. six restaurants in one building) – both coming from abroad, whereas demand for agricultural land for produce is thin, but coming into the market more evidently.

The demand on this front comes from far-off places such as South Africa and, now, New Zealand!

All of these and other enquiries coming in from abroad – and not only from Russia or Ukraine, but also from other European countries and the US – illustrate at least some kind of interest in the economy of the island, which, in turn, will help the real estate market.

Foreign demand nowadays includes other nationalities, which encompass Chinese (see hotel developments) and Israelis (see recent acquisition of three hotels), whereas “we heard” of an Afghan investor who bought more than 50% shares of a private school/college.

To all these developments, additional hopes are riding on the casino’s development, as it might position the island in another level of international players – as Limassol Marina has done – whereas the recent Ayia Napa Marina is drawing a new source of demand (from Arab nationals) who frequent the local Ayia Napa fish harbour.

Of course, we must not become over-enthusiastic and get carried away about all real estate projects, since certain projects such as golf courses, have not shown the results and demand that we were expecting, and one wonders what we are now going to do with the six new golf courses duly planned, and with some ready for development.

In addition, foreign investors in particular do not necessarily ignore the Cyprus political problem, neither does the “competition” from the north, whereas the strike at Hellenic Bank and the problems created by unions are all the worse in diminishing interest in that sector.

In other words: the future of real estate/economy appears to be positive, but we nonetheless live in a region that has its problemswhich must be taken into account.

The future of the real estate sector is not 100% certain, however. On the one hand, we have the aforementioned positive signs and interest for top end, high cost investment properties, and on the other hand, we read reports for the pending sale of 6,000 units in forced sale procedures (which is bound to push down/reduce prices, but then – who is to buy these 6,000 units with no available demand?)

We repeat our warning that the passports (and visa) measure which forms the basis of the real estate revival, is not expected to remain as is after the EU warnings, whereas the VAT of 19% on building land is another factor to be considered.

Meanwhile, in order to reduce their NPLs, the banks have appointed international firms in an effort to dispose of the properties in their books and their efforts will also have a negative effect on local real estate, albeit a positive one, if successful, for the banks’ balance sheet.

Hence, we are curious to see how this situation will evolve over the next couple of years in the wider market. Other European countries are continuing to suffer – although none had their people’s deposits being confiscated – and at the same time, the public is losing jobs with an uncertain future ahead.

Surely this strange situation and how – if we manage to – overcome it, will be a subject for future scholars to study and report.

In the meantime, we wish a very happy summer holiday to all our readers.