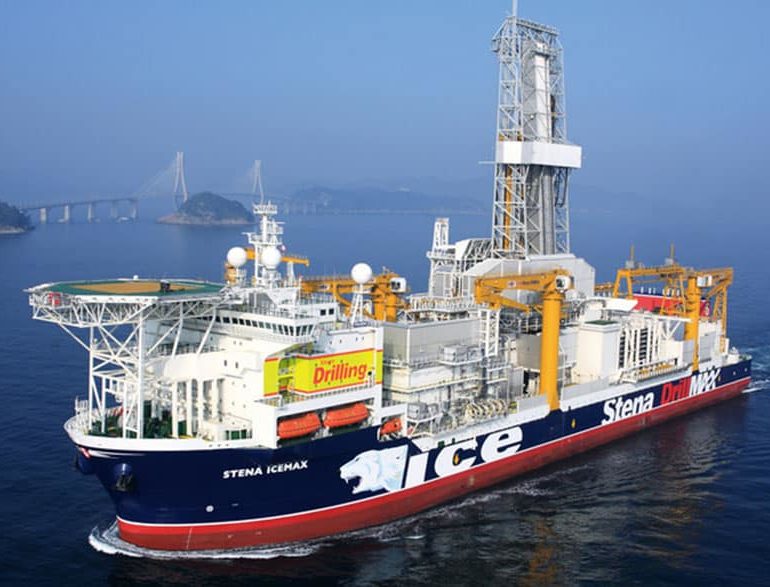 Exxon drillship on location in block 10

The Stena Icemax drillship has arrived on location in Cyprus’ offshore block 10 and is preparing to bore down into the seabed, Energy Minister Giorgos Lakkotrypis said recently.

He was speaking to the press after giving MPs a briefing on the overall state of play in the hydrocarbons space, with emphasis on the two exploratory wells to be carried out by ExxonMobil in the coming weeks.

The minister was giving reporters a broad outline of his briefing, which was held in a closed-door session.

He said the Stena Icemax vessel, leased by Exxon, had arrived on schedule at the first drilling target in block 10.

“Cyprus’ energy programme as it has been designed is being implemented, it is going forward and will continue without fanfare,” he added.

“For us, the important thing is for the drill to proceed without a glitch, technically speaking, and we hope for the best possible outcome.

“That is why I, as well as my colleague the foreign minister, urge you [the media] to exercise a little restraint in what we say day-to-day about the drill. We have got off to a good start, on schedule, and we are hoping it all goes well because this is an important drill in our overall energy plans.”

The minister also briefed lawmakers on the other planned drills in Cyprus’ Exclusive Economic Zone (EEZ), including in block 7, as well as on the situation concerning the development of the Aphrodite reservoir in block 12.

On Cyprus’ plans to import liquefied natural gas (LNG) for electricity generation until its own reserves come on tap, Lakkotrypis said that a call for tenders has been issued for the infrastructures. The project is being co-funded by the EU’s Connecting Europe Facility to the tune of €100m.

A second separate tender would follow, inviting bids for the supply of the fuel itself.

According to reports, the Stena Icemax drillship reached its destination at the ‘Delfini’ target in block 10 a little ahead of schedule, arriving there late on Sunday evening.

Drilling will commence sometime over the next few days, and is expected to be completed around mid-December. The vessel will then immediately head out to a second drill site.

Daily Phileleftheros reports that early on Monday morning a team of government officials were flown aboard the drillship by helicopter.

One of the support ships had set out from the port of Limassol and was en route to rendezvous with the Stena Icemax.

As a side note, the drillship’s automatic identification system (AIS) appears to have been switched off. Although the Stena Icemax is currently in Cypriot waters, AIS reported its last position off Sicily, recorded on November 11. The real-time position has not been updated since.

To the Cyprus Mail’s knowledge, this is the first time that a drillship’s location tracking has been disabled while operating off the island.