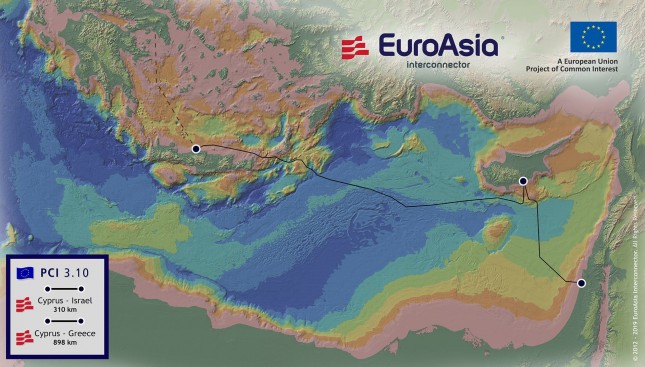 Cyprus is now one step closer to lifting its energy isolation after issuing the final building permit to EuroAsia Interconnector for the construction of the high voltage direct current (HVDC) converter station in Cyprus to connect its electricity networks with Greece and Israel.

Energy Minister Natasa Pilides welcomed the development in a post on twitter, saying it was “an important development for Cyprus”.

According to a press release by the project developer, the issue of the permit to Siemens is the green light for the construction of the HVDC converter station.

The Town Planning Department approved last November the planning permit for the HVDC converter station with a capacity of 2,000 MW, as well as the landing points of the subsea cable that will connects the electricity networks of Cyprus and Israel with Greece (Crete) and the EU.

In June 2019, the 33-year land lease agreement was signed at the energy for the construction of the HVDC converter station, with the project promoter having the option to renew the lease for two more periods of 33 years each. The necessary environmental, technical and other studies have already been completed and the relevant permits received from the Cyprus authorities.

The construction cost for the first phase of the Israel-Cyprus-Greece (Crete) interconnection with a transmission capacity of 1,000MW is estimated at €2.5 billion.