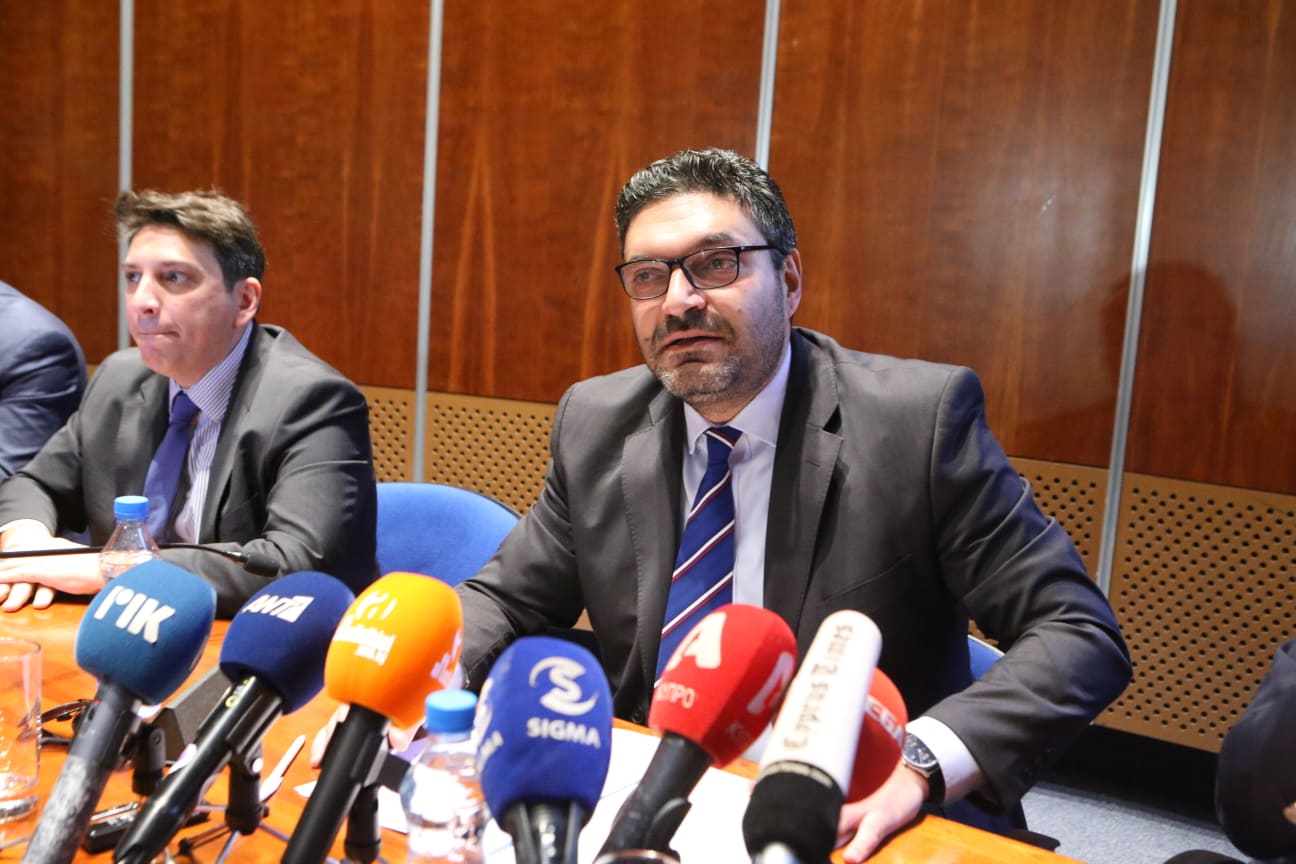 “We have succeeded in our policy response to the pandemic crisis,” he told an online conference.

“As a result, we are able to revise our forecast for the Cyprus economy’s performance in 2020. We now expect a contraction of 5%, revised from the previous forecast of 7%,” he added.

“Further, we forecast unemployment for the current year to finish at 8%, down from the previous forecast of 9%,” he continued.

The minister was speaking at a summit sponsored by The Economist Events and Hazlis & Rivas, which offered a fairly optimistic view of developments in Eastern Mediterranean economies, as moderator Joan Hoey, of the Economist Intelligence Unit, pointed out.

“Cyprus has made epidemiological priorities the cornerstone of our policy response,” Petrides explained. “This was a conscious economic policy decision beginning from a way to mitigate the medium- and long-term economic effects of the crisis. We started early with frontloaded economic measures, a generous fiscal stimulus package that provided short-term income support. We understand that it was the most comprehensive package in the EU with 85 measures.”

Petrides noted that there is no magical solution for recovery, but that the forecast is now 4.5-5 per cent growth for 2021, because support measures are working. “The government is fully exploring the opportunities created by the European Recovery Plan and is working on the reforms required for it.”

Much-needed structural reforms currently underway include bureaucratic fast-tracking for businesses, administrative reform, local authority reform and judiciary reform. “The public administration is in the process of digital transformation,” he added.

“Attracting foreign investment is a priority, and our sound fiscal policies maintained for the past seven to eight years, along with our stable tax system and balanced budget will do much to bring in such investment.”

Transparency based on the Cyprus system of common law is another factor, he said.

Cyprus Energy Minister Natasa Pilides said Cyprus’ collaboration is key to development of the EastMed corridor. “The Eastern Mediterranean Gas forum was signed only last week, and it is indicative of all the countries that support sustainable and responsible use of the gas discoveries.

“The EMGF is very important, but we look forward to the development of other projects that will be discussed in that context. For example, there is work on electricity grids that will connect Israel and Egypt. We hope that Cyprus will be involved in such projects on a much larger scale,” she added.

Petrides said interest has also been generated in the island from start-ups. “We now have start-up visas, programmes attracting innovative companies, and in a few years I have been amazed to see a start-up community with young people emerging and slowly attracting foreign investment. We also found universities attracting funds from the EU for innovation. Innovation is part of sustainability and we should take lessons from countries who are ahead of us like Israel. The prospects are great and it adds up to an economic model based on sustainability.”

Others pointed to Cyprus’ advantages in attracting investment.

“We in Cyprus are used to turning crises into opportunities,” said Disy leader Averof Neophytou, who also predicted a solid bounce back for the Cyprus economy in 2021.