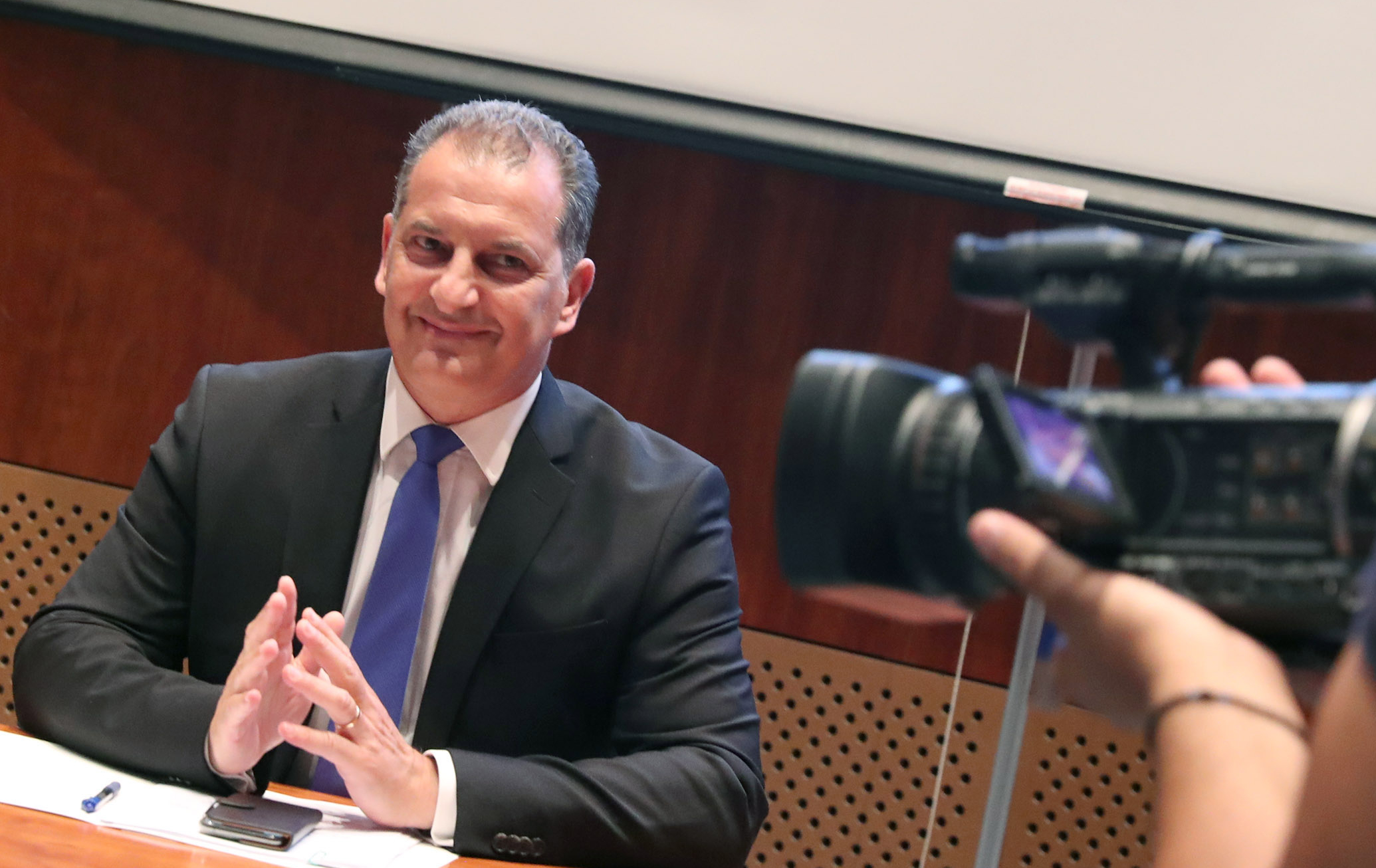 A freeze on drills would ‘kill off’ Cyprus energy future

A self-imposed moratorium on gas drills to boost peace talks or succumb to threats by Turkey would signal the end of Cyprus’ energy prospects, warned outgoing Energy Minister George Lakkotrypis.

He made the comments on Monday at a press conference to take stock of his seven-year tenure in the Anastasiades administration.

“If the time comes when we ourselves tell companies drilling in our gas fields, ‘stop what you are doing for the sake of the Cyprus issue or because of Turkish challenges’, that will be the end of any energy prospects,” Lakkotrypis said.

He finds it unlikely that Turkey would back out and walk away from claims in the eastern Mediterranean.

Lakkotrypis was responding to a question over whether Cyprus could unilaterally declare a moratorium within its EEZ to defuse escalating tension triggered by Turkey’s actions in the region.

Asked if he was satisfied the EU’s response regarding Turkey illegally drilling inside the island’s Exclusive Economic Zone, Lakkotrypis said: “We should separate the companies from the states”.

He said developments in the geopolitical field should not be confused with the commitment of oil and gas majors to move forward.

The outgoing minister confirmed that a number of drillings scheduled for 2020 have been postponed until next year (March-April 2021) due to the coronavirus outbreak.

He also referred to the plans of energy giants, who are active in Cyprus’ EEZ to proceed with another 5-8 exploratory/appraisal wells in 2021, after postponing their plans.

A second appraisal well in the “Aphrodite” reservoir, in block 12, is planned for 2021.

“A new round of licensing will be carried out, depending on developments.”

A global oil and gas glut plus sinking demand has changed the region’s energy landscape.

Lakkotrypis, however, noted that natural gas will act as a bridge between conventional fuels and renewable energy sources arguing that “demand for natural gas will last for several more years”.

He also urged for the Energy Ministry to be given more financial support “as a state we need to put our money where our priorities lay”.

Lakkotrypis said his ministry had the smallest budget out of all ministries in 2019, accounting for only 0.8%.

He said that his Ministry’s budget was even lower in 2020 as some €66 mln was allocated to the Public Natural Gas Company (DEFA) as part of EU funding towards the construction of a liquefied natural gas (LNG) in Cyprus.

Texas-based Noble Energy in 2011 made the first discovery off Cyprus in the Aphrodite block estimated to contain around 4.5 trillion cubic feet of gas – it has yet to be extracted.

The discovery of nearby Egypt’s huge Zohr offshore reservoir in 2015 has stoked interest that Cypriot waters hold the same riches.

Cyprus has pushed ahead with exploring for offshore energy resources despite the collapse in 2017 of talks to end the country’s decades-long division.

Turkey was widely condemned for sending drillships into Cyprus waters for energy exploration, it has also been sanctioned by the EU.

Although Nicosia believes Brussels could do more to deter Turkey’s aggressive behaviour.

A Turkish vessel is currently conducting operations in an area covering block 6 and 7 of Cyprus’ designated EEZ licensed to Italy’s Eni and France’s Total.

In February 2019, ExxonMobil and Qatar Petroleum discovered a huge natural gas reserve off the coast of Cyprus, the Mediterranean island’s largest find to date, holding an estimated five to eight trillion cubic feet.

The Italian state-controlled Eni and Total are heavily involved in exploring offshore Cypriot oil and gas.